The Cataclysmic Effect of Polar Relationships 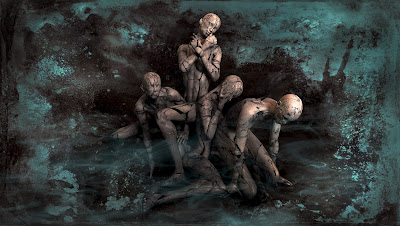 Let me just cut to the chase and answer the question I know you are dying to ask me:  "Pierre, what exactly is a Polar relationship?"

It is one of two primary types of relationships:  (1) polar, and (2) nonpolar.   Within each type of relationship, there is an infinite number of categories based on affinity and objectives.

For example, within a Polar relationship, there are two (2) main categories:   Unipolar and Multipolar

Within the Unipolar category, there is an infinite number of sub-categories.

Within the Multipolar category, there is also an infinite number of sub-categories.

A nonpolar relationship is a full-spectrum, "highest a priori ethical code" relationship that is strictly focused on Principled Geopolitical Leadership, Political Evolution, and Making the Transition from Human Being to Intelligent Being; whose ultimate objective is a new global civilization of Intelligent Beings charting a course toward Human Evolution.

To answer a question I know you are dying to ask, this "highest a priori ethical code" relationship is strictly based on the following universal principle: Do unto others as you would have them do unto you.

At present, outside of Virtual Organization Management Institute and affiliated entities, you will NOT find any business entity, government, political organization, public policy institution, educational institution, religion and, by extension, any of their executives, officials, members, policymakers, academics, evangelists and practitioners who have any concept or understanding of "nonpolar" relationships.

There is a reason for that:   That's because it is the simplest relationship, and yet the most powerful, enlightened and mutually beneficial relationship, that any human being could possibly imagine.  It appeals to our best instincts,  the discovery of our consciousness,  a perpetual search for knowledge, the harnessing of our intelligence, and an everlasting search for wisdom and enlightenment.

As such, a nonpolar relationship is impervious to the presence and corrupting influence of PABS (Primitive And Barbaric Savages)  whose modus operandi is to utilize every single tool and weapon in their arsenal in order to divide and conquer.

Nothing is done out of fear, coercion, extortion, intimidation, for the greater good, for the sake of survival, or due strictly to self-interest.  Every single determination, decision and action is based on one simple criteria:  Do unto others as you would have them do unto you.

(For 99.99% of human beings, I am perfectly aware that this sounds like a crock of shit to them.   There is a good reason for that:  That's because we wind up with shit for brains when we refuse to use our intelligence.  Thus, anything which deviates from the PABS orthodoxy is automatically branded "a crock of shit".)

The "Ghost Among the Living" Effect of Nonpolar Relationships

The Parmanu effect of nonpolar relationships turns each and every single human being into A Power of One.

That means, for any individual, organization, institution or government which would be inclined to perceive such human being as a potential threat, they would literally have an insurmountable challenge to overcome.   Why is that, you might say?

The reason is simpler than you think.   That's because:

That's because in a nonpolar relationship, we are all dealing with each other at the "consciousness" level and beyond.  A level that only Intelligent Beings are able to attain.   At which point, it becomes  mathematically impossible from a quantum, cosmic, and "a priori truth" standpoint for an Intelligent Being to represent a threat to any human being, let alone another Intelligent Being.

That would be the equivalent of saying "John knows how to speak, read and write in order to express himself, however, he doesn't know the alphabet and the meaning of words."

The bottom line is this:   In a nonpolar relationship, each individual practically becomes "A Ghost Among the Living."

The Cataclysmic Effect of Polar Relationships

There is a reason why human beings have such a limited life span.   Since nothing that happens on this planet is really anything new, then all it takes is a couple of generations for human beings to finally figure out that everything they have ever been taught and led to believe throughout their entire lifetime is really nothing new - the same old shit - and has been nothing but a pack of lies, half-truths, fairy tales, bullshit, misinformation, disinformation and, in the majority of cases, nothing but a lot of horseshit.

Of course, by the time they would have figured it all out, they are already in their 60's and 70's suffering from some form of mental incapacitation and mobility issues due to various age-related illnesses and diseases, and knocking on death's door, waiting for The Gream Reaper to welcome them to the other side.   At which point, none of these lies and fairy tales really matter in the grand scheme of things.   The things that now have precedence for them are really the welfare of their children, grandchildren and the rest of their progeny - and their legacy.

And the same cycle repeats itself over and over for millions of years. We are all stuck in this time-loop and feel that there is no way for anyone to get off.   Thus the reason why mankind has never been able to evolve.

Therefore, for the sake of posterity, the only things that all new and future generations of human beings need to know is that the entire history of mankind is written in blood.   Blood shed by a bunch of PABS (primitive and barbaric savages) for whatever reason that your mind can conceive.  Barbarity on such a scale that your mind cannot even conceive.   Primitive customs and traditions that make you wonder if human beings are really machines instead of the sentient beings they purport to be.  Primitive cultures laying claim to the mantle of "civilization."  Butchery of fellow human beings on such a scale that even the Devil can't help but shed tears for his minions.

Human beings have been responsible for one cataclysm after another without any sort of respite or breathing room.  We are talking about the entire history of mankind which can be traced back all the way to 600+ million years.

Most importantly, what you need to know is that this entire period of time in history has always been marked by human beings engaged in Polar Relationships.   For the simple reason that they have never known or been made aware of the existence of Nonpolar Relationships.

As to these cataclysms, I will leave it up to each and every single reader to do their own research into any specific time period.   Otherwise, it would take me at least a million years to try to compile all of them and still come short by about ninety percent (90%) of such events.

The history of mankind tells us all that "the more advanced and civilized we become, the more childish, primitive, barbaric and savage we get."

Perhaps, it's time for mankind to embark on a new journey on a different road.  A journey that has the potential to lead to the creation of a new Global Civilization of Intelligent Beings which can embark on the Road to Human Evolution.