A Closed Mind Clings to Antiquity, Legacy, Dying Models and Their Carcasses 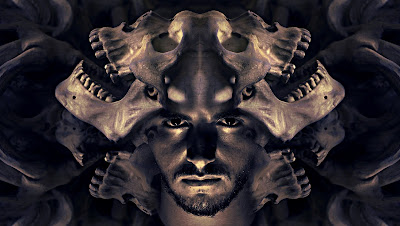 What is the difference between an Open Mind and a Closed Mind?
On the surface, this seems like a straightforward question which deserves a straightforward answer.  The sort of answer that most people should be able to easily and effortlessly grasp and understand.   However, that is not the case at all.  In fact, it is just the opposite.
And why is that, you might ask?
Well, that's because if you have a closed mind, there is no way on God's green earth that I would ever be able to get through to you (i.e., pry open the lock on the fortifications which keep your mind impenetrable and totally unreceptive to any new information which may alter your worldview and/or sense of self and reality).   Hence the reason why it is called a "closed" mind.
However, that being said ::: just because it is an exercise in futility for me or anyone else to try to get through to you if you have a closed mind :::  does NOT mean that you yourself cannot open up your own mind.  For the simple reason that YOU are the only person who holds the key to the lock on these fortifications which keeps new and conflicting information at bay.
On the other hand, if you already have an open mind, you would already know the answer to that question and any attempt on my part to provide you with a response would be the equivalent of "preaching to the choir."
So now that we've gotten that out of the way, let me attempt to answer the original question and leave it up to you to determine if you have an Open Mind.   In the absence of an Open Mind, you can readily infer that you fit in the Closed Mind category.
Clear Signs of  An Open Mind
You have an Open Mind if all of the following apply to you:
Clear Signs of  a Closed Mind

You have a Closed Mind if you have any sort of difficulty trying to reconcile the aforementioned signs of an open mind with your current understanding of reality and the world around you.   However, that being said, YOU hold the key to the lock on the fortifications which prevent any disturbance to your closed mind.   Thus, the decision to remain with a Closed Mind is entirely up to you.
Basic Tool Box For Learning How To Open a Closed Mind
The following tools are available to anyone who exhibits the symptoms of a closed mind and is sincere about learning how to undo the damage:
Let Us Manifest!

Will Quahl Make History and Become the Blockchain Version of PayPal? 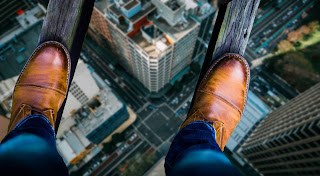 Upon the launch of PayPal back in 1998, I became one of the early adopters of their "then-revolutionary" merchant payment technology.  For any online small business and consumer - including every single one of my small business clients - PayPal was, literally and figuratively speaking, a real godsend.   The rest is history.

On that note, while on LinkedIn, I came across a posting from one of my contacts  about Quahl, a so-called revolutionary blockchain version of a new payment system founded by some ex-PayPal developers or stakeholders.  A payment system which uses its own namesake cryptocurrency - Quahl.

Besides the fact that they are ex-PayPal stakeholders,  two (2) things immediately caught my attention and sparked my curiosity:

Thus, I have a very strong interest in learning as much as possible about this new blockchain technology payment system and cryptocurrency namesake; how it fits into the "digital currency" scheme of things; and does it have the potential to become another "revolutionary" endeavor by these ex-PayPal stakeholders?

Thus, I now have a keen interest in others who would like to share their insights on the development of this so-called new, revolutionary blockchain technology payment system as well as their personal knowledge of and/or experience with Quahl.

Are We Witnessing the Making of a Blockchain Version of PayPal?

In conclusion, I am very excited to witness this new development in the blockchain technology  merchant payment space and wish all the players much success.

The real question that I now have in my head is:  Will Quahl make history and become the blockchain version of PayPal? 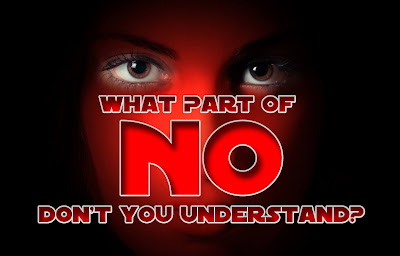 Insanity is the rejection of Sanity and a precursor to Knowledge Discovery.   To understand what I mean by that, read the prequel of this article:  Sanity Is the Conformity to Insanity and Absurdities.  (I know it's a real mind-bender.)
Oh, how I wish that I was born in an Insane World which rejected Sanity.  Indulge me a bit as I imagine for just a few seconds what life would be like:

(I am fully aware that there isn't a single human being on this planet reading this article who truly understands what I mean by that.  However, that being said, being able to guess or surmise the meaning is a monumental step in the right direction.)

Well, that is just a small sample of things - an aperçu - of what life would be like.  Alas, what a shame I will never get to live in that world and it saddens me to say that it may take hundreds to thousands to millions of years for mankind to ever see that day come to fruition - especially when, in fact,  it is something that is now within our reach.  Better late than never!

Notwithstanding the foregoing bleak assessment of mankind, we have to start somewhere, and I am glad and honored to be a part of that journey.

So, Where Does It All Begin?

It all begins when you make a conscious decision to reject Sanity by choosing Insanity.  (I know it's a mind-bender, however, one day it will all make perfect sense to you.)  At which point, you will be able to embark on a search for Knowledge Discovery which will eventually lead you on a quest to make the transition from Human Being to Intelligent Being.

Over time, that means your journey will lead you to one or more of these exciting places and documents advocating the cause of Human Evolution:
Let Us Manifest!

Sanity Is the Conformity to Insanity and Absurdities 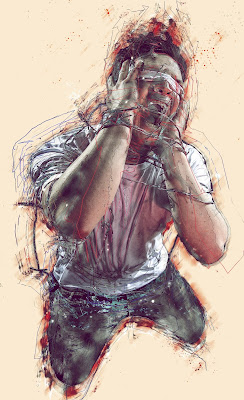 What makes a person, thought, idea, event or occurrence (i.e., any proposition) sane?
The answer is very simple:  A proposition is deemed to be sane whenever when we have been conditioned and programmed over a relative period of time to accept it as such and conform to it.
Thus, any proposition that we have not been conditioned and programmed to accept over a relative period of time and conform to is judged to be insane.
In turn, the resulting contradictions between our understanding of what is sane and insane give rise to what we call "the absurdities of life."
Therefore, sanity, insanity, and the absurdities of life are inextricably tied together and form the basis of what we call our "worldview of human existence."
Thus, it can be said that the absurdities of life are the ingredients which lie between the two slices of sanity and insanity in order to form our "worldview of human existence" sandwich.
Therefore, it can be said that our worldview of human existence sandwich consists of  the absurdities of life ingredients wedged between the two slices of sanity and insanity.
What Difference Does It Make?
Once you understand the difference between Sanity and Insanity,
At which point, you can begin to embark on the road to Human Evolution.
What Is the Big Deal About Human Evolution? 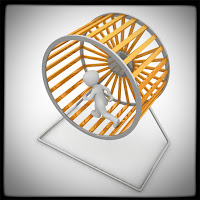 That is the only way for human beings to get off  The Hamster Wheel of Human History.  The article Let Us Manifest! provides a great deal of insight into the reasons why.
As well,  My Agenda: Collaboration, Principled Geopolitical Leadership and Human Evolution  goes into the details.
Let Us Manifest! 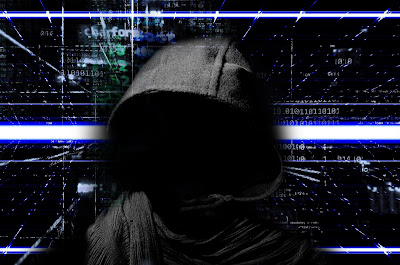 What makes a Member-In-Principle the ultimate membership level?  Let me just highlight a few reasons since they are too numerous to mention in this article:
In Conclusion
Although, at first glance, one may have a tendency to recoil at the lack of structure of this membership level, the reality is that, for all of the aforementioned reasons, it is indeed the most powerful and effective level of membership that one could possibly imagine.
So, what are you waiting for?  Go ahead and become a Member-In-Principle.   The New Virtual Organization World and today's Legacy World have plenty of organizations and causes for you to choose from.  No authorization is required from any individual or entity.  You are the Master of Your Own Decision and Destiny.
From Virtual Organization Leadership, Principled Geopolitical Leadership, Perfect Bona Fide Digital Currency, and A Futuristic City-State Enclave Based On a Civilized World Financial System all the way to making the transition from Human Being to Intelligent Being, Political Evolution and  Human Evolution - the sky is the limit.
Let Us Manifest! 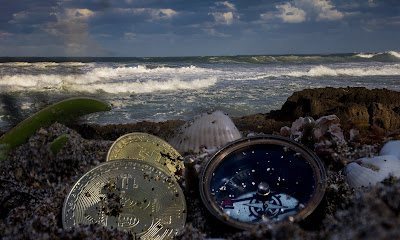 On Friday, August 27, 2021 at 7 a,m. PST (10 a.m. EST) - USA, the entire world is waiting to hear from Jay Powell with bated breath for signs of QE (Quantitative Easing) tampering during the Jackson Hole Economic Policy Symposium: Macroeconomic Policy in an Uneven Economy event which will be streamed directly on YouTube.

However, for us in The Digital Currency World, we are waiting to get some indication as to whether or not he and other members of the Federal Reserve Board of Governors understand the significance of the development of this new digital currency world.   And, should that be the case, will he make a historic digital currency announcement which is bound to reverberate in all the capitals across the globe?

Well, that's all we can do for now.

Launch of Digital Currency Ethical Board 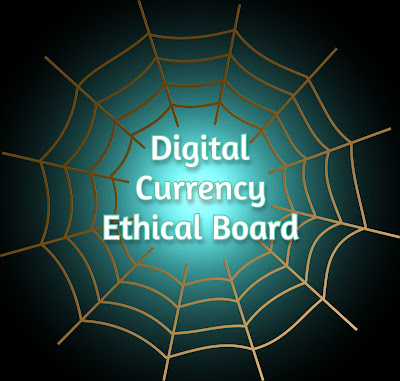 Our objective is to offer insights on ethical considerations as well as best-practices, policies and procedures relating to the exchange or conversion of digital currencies between individual Consortium members and Enterprises, Organizations, Institutions, Governments, Family Offices, and Ultra-High-Net-Worth Individuals across the globe.

If you believe that your background is ideal with respect to sharing your insights on ethical issues relating to any number of business, financial, economic, legal, political,  geopolitical, educational, social, governance and environmental aspects of digital currencies and how they can co-exist with cryptocurrencies, emerging central bank digital currencies, official fiat currencies, and other legal tender ::: then proceed to Digital Currency Ethical Board for more information.
Let Us Manifest!