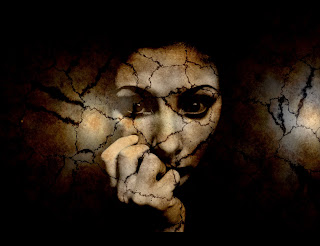 Beneath our meticulous grooming and manicure, flawless appearance, suits, costumes and other attire, degrees, titles, achievements, reputation, followers, so-called fortune and claim to fame lie nothing but a bunch of battered souls.

Battered by a meteoric shower of lies, deception, sophistry, edicts, restrictions, mandates, extortion, abuses too many to even begin to describe, mundane threats, threats of violence, actual violence, terror, state terror, and a smorgasbord of self-inflicted wounds.

And drowning in a cacophony of voices from every imaginable source and our very own sea of nihilism, addiction, fear, apathy, ineptitude, feelings of impotence, feelings of helplessness, stupidity, ignorance, willful ignorance and, most of all, a never-ending need for power, acceptance and recognition.

Why do we tolerate such banal, primitive, barbaric and savage existence even when there are clearly alternatives?

What Are the Alternatives?

For the 90 Percent.   No alternatives for those who have accepted their lot in life.    So, what are these alternatives?  There is no point in answering that question from anyone who has accepted his lot in life and doesn't really understand what all this fuss is about.

The point being, they are blinded by their own realities and perceived self-interest.  To such person, you are about to complicate their life and become the instigator or purveyor of an existential crisis for them.

As far as they are concerned, they are bound to feel inside or will outright say openly, "My life was going fine until you got into the picture. I am sorry I ever met you or listened to anything you had to say."

We are talking about 90% of the world's population.

For The 5 Percent.   Prove to me that I really have alternatives.   This is a segment of the global population that would like a change in their situation, however, they are NOT willing to take any risks, and thus, they either need proof or a lot of convincing that any actions they take will NOT result in the equivalent of "jumping out of the frying pan into the fire."

We are talking about 5% of the world's population.

For The 3 Percent.   Just point me in the right direction for these alternatives.   This is a segment of the global population which feels that THEY too are entitled to a better life and are willing to take whatever risks are appropriate in order to effectuate a change in the status quo.   They are the real supporters of the cause who are ensconced in various positions and at various levels within the current system.

We are talking about up to 3% of the world's population.

For The 1.99 Percent.    At long last, we've found the alternatives we've been looking for.    This is the segment of the global population which has been lingering in the dark abyss of the dungeons and roaming around in the labyrinths of the deep underground caverns, in search of alternatives which will alleviate or altogether provide a complete solution to the current plight of ALL dwellers and inhabitants.    They are the true revolutionaries and martyrs who are willing to give their all for the cause and are indeed the founders of a new global experiment.

We are talking about up to 1.99% of the world's population.

For The .00999 Percent.   The hell with all existing alternatives - we are open to a new paradigm.    This is the segment of the population which understands, with respect to all existing alternatives, that ALL Roads Lead to Damascus, and thus, are open to a new paradigm.   They are the true evolutionaries (NOT revolutionaries).  They are NOT interested in making the world a better place.  Instead, they seek to build a new world.

Therefore, within a global population of 8 billion, you can expect to find at most 799,200 people who are open to a new paradigm and prefer to go their own way, so as to not be encumbered with the remnants of a failed system.

For The .00001 Percent.   The hell with all existing alternatives - forge a new paradigm.   This is the segment of the population which clearly understands that the current system has no redeeming values; realizes that the implementation of any existing alternatives is an exercise in futility; and goes full speed ahead to architect and forge a new paradigm.   They are not only evolutionaries but also the architects of a new paradigm.  Hence, the architects and builders of a new world which will serve as a springboard for all current and future generations.

Therefore, within a global population of 8 billion, you can expect to find at most 800 people to actually take the time to architect and forge a new paradigm.

In conclusion, the failure to take into account the identities of The .01 Percent (i.e., The .00999 Percent +  The .00001 Percent) of any population in order to forge a new paradigm will spell the doom of any existing alternatives.

Thus, in light of the foregoing alternatives, within the context of a new global civilization of intelligent beings needed in order to embark on the Road to Human Evolution, you should now be able to understand why mankind has not been able to evolve one iota over the last 600+ million years.

Hence the reason why mankind continues to tolerate such banal, primitive, barbaric and savage existence even when there are clearly alternatives.  (Since these alternatives are the equivalent of All Roads Lead to Damascus.)

"All Roads Lead to Damascus" is just a cryptic way of saying, no matter which road you choose, or which alternative you select, at the end of the day, after all has been said and done, you will wind up in the same situation or same place that you were in before - or you will meet whatever fate was in store for you.

The point being, we cannot change the outcome of our fate when we are not willing to walk away from the source of all our ailments in order to forge a new paradigm.  Tinkering around the edges of a failed system only serves to give us the illusion of progress and prolong our misery - and nothing else.

Thus, if you happen to fall into The .00001 Percent category - and are a bona fide member of The .00001 Percent focused on Human Evolution - I invite you to unlock and throw away the shackles of all existing alternatives and begin to forge a new paradigm.