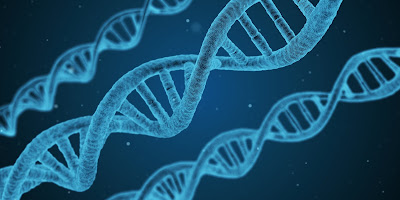 Human Evolution is a nanosecond-by-nanosecond process.
Not that long ago, when I founded League of Extraordinary Virtual Organization Executives as a separate entity back in January 2016,  I mistakenly thought that the so-called rich, well-educated, mighty, powerful and influential people across the globe would be the ones who are most likely able to understand and appreciate the vision and mission of the League, the need for HUMAN EVOLUTION, and its awesome potential for mankind.

However, as it turned out, the simple truth is, they are the ones who are least likely able to understand :: in fact, I will venture to say, for the most part, they are totally incapable of understanding :: what this is all about for the simple reason that they are so deeply immersed, ingrained and psychologically invested in the status quo that they are indeed the ones who are too blind, deaf and dumb to grasp such a simple concept. (To understand what I mean by that, see Folly of Visionary’s Frustration In The Land of the Blind, Deaf and Dumb - not now, you can read it later.)

In other words, throughout their entire lifetime, they have fought so long and hard; made so many sacrifices and Faustian bargains in order to get to where they are at now, this very second; and have drunken so much of the Devil's Brew from the Chalice of Secrecy, Realpolitik, Fear, Cowardice, Human Compromise Operations, Lies, Bullshit, Deception, Smoke and Mirrors, Misinformation, Disinformation, False Flag Operations, Mind Manipulation, Robbery, Exploitation, Oppression, Repression, Tyranny, Slavery, Wholesale Death and Destruction, Might Is Right, Wars of Conquest and Genocide; that deep down inside each and every single one of them they can only come to one conclusion: They stand more to lose than any other segment of the global population.

Instead I have come to discover that :: the ones who are most likely able to grasp this very simple concept of a world of Human Beings striving to make the transition to Intelligent Beings in order to build a New Global Civilization whose ultimate course is the pursuit of Human Evolution :: are children between the ages of 2-5 years old. For the simple reason that the mind of adults is wired for complexity instead of simplicity and the simpler an idea or concept, the more difficult it is for an adult's mind to grasp and comprehend.

Thus, Human Evolution rests at the mercy of the pace of Mother Nature which cannot be rushed under any circumstances: one nanosecond at a time and under the strangest of circumstances.

Although it is highly unlikely that you've been selected by Mother Nature, under the strangest of circumstances, to read and understand this article, nonetheless, should that be the case, then click here in order to proceed. Otherwise, share this article with anyone who comes to mind.