Open Letter to Ning CEO, Jason Rosenthal :: The Ghosts of Ning Past, Present, and Future 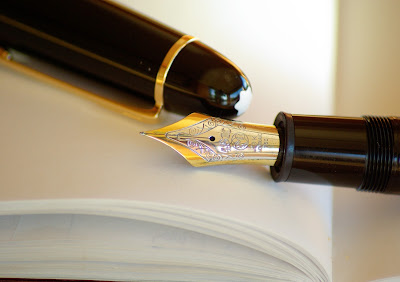 Jason...the business decision you just made to close down the so-called "free" social network platform service is equivalent to the following:

The Ghost of Ning Past

Imagine you are in the space rocket business and you took time to assemble the best minds in the world to build your space rocket...your research and production teams worked diligently day and night, gathering equipment and requirements and developing several prototypes and conducting test launches, validating the theories.....until they finally came up with what they thought was a successful working model, and setup the Big Launch date.

The Ghost of Ning Present

Come Big Launch date, amid a lot of fanfare, the space rocket shot up through the sky and, lo and behold, after a good 15 minutes of fame, adulation, and congratulatory pats on the back, the space rocket BLOWS UP in mid-air.

What you do from that point on will determine what you're really made up of. There are a number of options: 1) Blame it on the CREW or some of the crew--the hardworking men and women who believed in the dream--that helped you get to the launch stage in the first place and fire them or tell them -- or just a group of them -- HOW RESPONSIBLE THEY ARE FOR THIS COLOSSAL FAILURE and that they are free to go wherever they want to :: A Journey into a Dark Valley of Doom and Gloom, Perilous Winding Roads, and Uncertain Future -OR- 2) Thank the Entire Team for their superb effort at getting you to the point where you were able to Launch in the First Place, and Let Them Know that you are about to go back to the drawing board, retrace every step, and figure out why things did not go as planned, and that you're going to Need Their Help and Cooperation in that effort, and then make the necessary corrections.

Being a very Wise and seasoned executive, you decided to select Option 2 because you realize the long-term implications of Option 1 and that Option 1 was a LOSE-LOSE strategy.

As a result of selecting Option 2, The Entire Team Was Motivated to Find Out the Solution for the crash and redoubled their efforts To Help Make The Next Launch A Big Success.......In no time at all, you were able to find out that there was really nothing wrong with the original strategy, the research, and the hard working people you had on your team...you were able to find out that THE PROBLEM WAS JUST ONE BAD SCREW that could not withstand the vibration of the space rocket after more than 15 minutes....it turns out that one of the team members, a lower paid mechanical engineer at the bottom of the totem pole who was so thankful for still having a job and felt so valued by your approach that she went to work in overdrive mode and found out that the screw that held in place the rocket booster -- especially when the rocket contained a heavy payload which was not figured in the original equation -- needed to be made of TITANIUM instead of regular steel.

The Ghost of Ning Future

As a result, your NEXT SPACE ROCKET LAUNCH became a BIG SUCCESS ... your company became the envy of every other rocket company in the world ... and went on to become known as The Most Successful Space Rocket Company in the world and a model for all others to follow.

So it turns out that your decision to select Option 2 paid off big dividends ... your name became permanently enshrined in history as a Visionary and one of the most successful entrepreneurs of the 21st Century.

The Ghost of Jason Rosenthal Future

Fast forwarding 30 years from today's date, you sit down and reflect on your personal achievements and your place in history and couldn't help but wonder at the thought of WHAT IF you had chosen Option 1 and where you would be on this very day. But you shudder the thought and allowed it to quickly disappear from your mind because, after all, what really matters is that you did make the right decision.

It's not too late because you can now see the future and are in a position to decide what history will say about you and how you will be remembered today. Most importantly, you will keep a copy of this comment and put it in your permanent business and personal archives so you will know and always remember how a "lower paid mechanical engineer at the bottom of the totem pole" can make such a big difference in how history is written.

Option 1: A Journey into a Dark Valley of Doom and Gloom, Perilous Winding Roads, and Uncertain Future

Option 2: The Most Successful Space Rocket Company in the world

If you need my FREE advice, consider me this lower paid mechanical engineer who understands really well your business model and knows what that TITANIUM SCREW is that you need to make your next launch a big success. This way, you can pay homage to those who helped you get there in the first place and never thought about abandoning you in your hour of need; all because you had the strength and wisdom to ask them for their help instead of pointing the finger at them.