Discover The Power of Collaboration and Principled Leadership 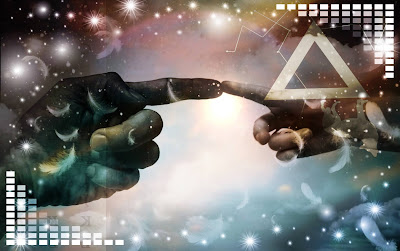 There is a time and place for everything, and everything has its time and place.  Thus, this COVID-19 global pandemic (or as many would say, plandemic or scamdemic) that we are witnessing today is a clarion call for ALL of us to heed a message I have been sending for quite some time over the past 23 years, and extensively over the last decade, about the imperative for all of us to discover both the meaning and power of Collaboration and Principled Leadership.

As I have postulated and articulated in thousands of comments, articles, papers, treatises and other documents over these years, in the absence of such awakening, One Day We Will All Find Ourselves in the fatal situation of being in the final stages of a boiling frog.

Of course, the reason that my calls went unheeded - back then and even today, this very minute and second - is because people are so busy slaving away in order to try to make ends meet so they can feed and care for themselves and their families that they have very little time left at the end of the day to understand and realize the urgency of it all.

The smoke-and-mirrors appearance of  tranquility, safety and security, individual freedom, democratic governance,  success, full employment,  economic prosperity and false sense of climbing up the ladder of success and power;  combined with their naivete, apathy, blind obedience, ignorance, willful ignorance, and stupidity;  made them prime candidates to believe that my messages were alarmist at best, and thus undeserving of any serious consideration.

They just found out that Their Mommy and Daddy are Children of the State and thus in the very same situation that they are in;

Clearly, it should be obvious to anyone who has a pulse, is breathing on their own, and who is not suffering from the most severe case of mental retardation, that we are now indeed in the final stages of a boiling frog.
In fact, strictly based on what we are witnessing today throughout every corner of the globe,  let me be the first to admit that I could not, even in my wildest dreams,  have possibly come up with a more plausible scenario or  persuasive and convincing argument or made a better case for each and every single one of us to understand the need to Discover The Power of Collaboration and Principled Leadership.

Collaboration In a Nutshell

Since I have already written quite a great deal of material on Collaboration,  I am NOT going to waste any more time here writing on this subject.  Instead,  for those who are not lazy and mentally challenged,  let me point you to four (4) awesome examples of Collaboration I can think of:  Example #1  ::  Example #2  ::  Example #3  ::  Example #4

The bottom line is this:   Collaboration is all about the following components:   1) Sharing A Cause,  2) Being Completely Independent,  3) Doing  What You Can Do,  4) Giving What You Can Afford to Give without being compelled or mandated to do so, and  5) Moving On.

In the absence of any single one of these five (5) components, you have Cooperation - a  parasitic  or master-slave-moron relationship.

In Other Words, with respect to

Principled Leadership In a Nutshell

The bottom line is this:   Principled Leadership is all about  Principled Leaders who: 1)  subscribe to the universal a priori ethical code of "Do unto others as you would have them do unto you,"  2) are only able to Lead themselves and have absolutely no desire to lead others,   3) are only willing to Collaborate with other Principled Leaders on a co-equal basis, and last but not least, 4)  eschew all forms of hierarchical (slave-master-moron) relationships.

In fact, these are the only forms of Leadership that mankind has ever known or experienced.

That means, as it stands today, other than at a VOMI-related entity, you will NOT be able to find any organization or institution in the world which practices Principled Leadership.

How Collaboration and Principled Leadership Makes a Difference

In a world or society where Collaboration and Principled Leadership are understood, adopted and practiced,

In fact, prior to this so-called pandemic, I never thought even in my wildest dreams that the American people could be so gullible, easily manipulated, cowardly, and weak to go along with such diabolical scheme.  So much for the myth about Land of the Free and Home of the Brave!

Making the Transition From Leadership to Principled Leadership

The point being, it is NOT their actions that you need to monitor and regulate.  It is YOUR VERY OWN ACTIONS which must adhere to the "Principled Leadership" concept.   You get to Lead Yourself instead of trying to lead others.   You get to Lead by example.

Turning A Nightmare Into A Dream Come True
In conclusion, the COVID-19 episode has been a blessing in disguise for many in the sense that it has been A Time to Pause and Reflect for:
Now that I have introduced you to the Power of Collaboration and Principled Leadership, the only person who can ever get in your way is YOU and no one else.   The only name that you need in order to open doors for you is Your Own Name.   The only person who needs to Validate you is YOU.  You are NOT too young, too old, too dumb, etc., to aspire to accomplish anything in this world.  You can now say "Fuck the Good Ole Boys Club and Powers-That-Be" and focus on becoming a Collaborator  and  Principled Leader.    All you need is a Cause!  (And it does NOT have to be Our Cause.)
Hold On to Your Precious Gift of Collaboration and Principled Leadership
There is no greater power on earth than Collaboration: "being able to do what you can do" strictly because you want to and for no other reason; and Principled Leadership:  "being able to Lead Yourself" in accordance with the highest a priori ethical code of "do unto others as you would have them do unto you" strictly because that is the right thing to do.
They are the world's most powerful Weapon, Armor and Shield that anyone could ever possess and the world's most valuable and priceless gift.  Therefore, hold on to your priceless gift as if your life depends on it - because it does.
Make no mistake about it, many will question your actions and motives, and silently ponder, "What's your angle?  You've just provided me with advice or services worth millions of dollars and yet you did not charge me one dollar, is it because you don't understand the value of what you just did for me or are you downright stupid?"
Indeed, in my case, some will outright protest and demand that I accept some form of compensation.  And some will repay my gesture with a gift or token of appreciation.
But what most of them fail to realize is that I haven't really done anything for them,  I did what I did for my own soul and they just happen to be around at the right time and place to be the beneficiary of my deeds.  The benefits that I derive from such deeds are innumerable and I am really and truly thankful to be blessed with the skills and talent I was able to share with others when they needed it the most.   That's all!

Therefore, if you happen to be a beneficiary of my deeds, I only expect you to do one thing:  Just pay it forward!

Moreover, I don't want to get mystical, but let me state this as clearly as I can without sounding superstitious or religious.  The point being, there have been many times in my life when "doors opened for me" unexpectedly and out of nowhere; when I wondered how it was humanly possible for me to overcome normally insurmountable disasters and tragic experiences; and many other events and stories that are so mind-bending that they make you wonder if there is some sort of intelligence out there (from a scientific standpoint we have yet to discover) watching over us, keeping count and taking notes of our actions, and being of assistance to those who are deserving.

Where Do We Go From Here?

Although this is a very brief document (don't laugh), please note that all the links contained herein lead to a grand total of nearly 800 pages of content.   Thus the reason I stated earlier that learning how to Collaborate is NOT for the lazy or mentally-challenged.

In the event you are able to meet that challenge, then I invite you to review the following VOMI-related initiatives in order to determine if there is any sort of  synergy between any of them and YOUR (new) Cause:

The Bottom Line
In a nutshell,  here is what we are all about in chronological order:

Such training includes the aforementioned art of  Collaboration and Principled Leadership.

Disclaimer:   Please note the aforementioned entities are strictly listed for illustrative purposes and are NOT existing clients of VOMI and affiliated entities as of the publication date of this article.

The bottom line is this:   We are all about Human Evolution.   However, that being said, and as clearly outlined throughout Agenda Items #1-5, it all begins with the Virtual Organization Management discipline.
In Conclusion
Therefore, our first priority is a focus on Collaborators, by extension,  Official Global Ambassadors  in every single country in the world.  Real Deal Collaborators  who truly share the Cause of Human Evolution ::  who are  Completely Independent :: "Who Will Do What They Say They Can Do," and "Who Will Give What They Say They Can Afford to Give."

We are also focused on another group of Collaborators, by extension, Distinguished Members of League of Extraordinary Virtual Organization Executives.
If you believe you are a good fit for either of these two Collaborator opportunities, then proceed in accordance with the information provided within the referenced documents.  Otherwise,  I am not prepared to engage in discussions that fall short of Collaboration with anyone and thus lead to nowhere.
On the other hand, even if you are NOT a fit,  if you know of anyone who may be a good fit, then share this document with them.
Let Us Manifest!