Treat Yourself the Way You Want to Be Treated 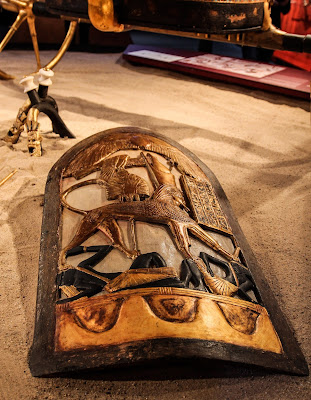 When I was a kid, my dad, seeing how angry I was for being punished for something I did, said to me,  "Pierre, since you have so much pride, you should respect yourself and not put yourself in this position."  For one reason or another, those few words have always stuck with me and have guided me my entire life (even when I've put myself in a position that, in hindsight, I should have never been in the first place).

In any case,  the other day something happened that got me thinking about what my late dad used to say.  I had a candidate for a senior level executive position scheduled for a videoconference who was, on paper, an ideal candidate and the sort of leader that I wanted to have on my team.     This is a very coveted position featured on VirtualOrganizationJobs.com instead of  your typical executive position; the sort of search which is equivalent to looking for a "needle in a haystack."

One thing that we were concerned about is that, 70% of brick and mortar candidates tend to be late for videoconferences - it never fails - and we made every effort in each piece of correspondence to alert the candidate to that fact (in one instance, by pointing out that specific statistic);  that the conference room would close at exactly the meeting time;  and to arrive at least 15 minutes prior to the scheduled time.

In spite of all our efforts, the candidate failed to arrive on a timely basis, and one minute after the scheduled time, I bailed out.  Two minutes later,  the candidate was trying to log in, to no avail.

That's when my dad's comment came back to me.  Although I really wanted to reschedule,  I couldn't help but think, if he really respected himself, he would have never placed himself in this situation (despite all our warnings to him on three separate occasions that this would happen).   And so, I decided to fold.

I sure don't want anyone to treat anyone that way but we are a 100% Virtual Organization and you can't keep a client  waiting for you on a videoconference for more than 30 seconds - that's not the way to make a good first impression.   And then I wondered, "Why did HE treat HIMSELF this way?"   And if I were to eventually bring him on board, how many times would he put himself in a similar situation with not only me but also our clients AND prospective clients - especially when we're offering $5MM solutions?