Second American Revolution: WE, THE PEOPLE, Must Wrest Control of Our Economic Destiny 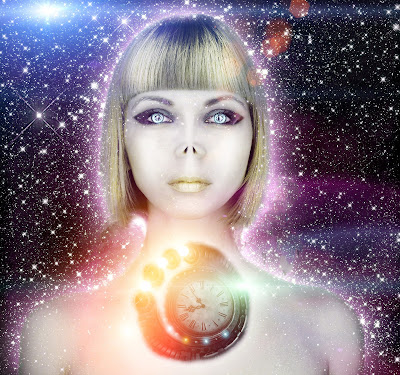 Second American Revolution:  WE, THE PEOPLE, Must Wrest Control of Our Economic Destiny         by Pierre Coupet

We've all heard of the Arab Spring, a time when people throughout North Africa and the Middle East,  who have been cowered and living in fear all their lives under tyrannical regimes and previously felt helpless to do anything about it,   decided to take control of their own destiny and rose up en masse against these petty and cruel dictators in order to gain their freedom.    They finally reached a turning point whereby they understood that the struggle for-and hope of-freedom required a change of attitude and action from the  bottom instead of waiting for some benevolent dictator or corrupt or well-meaning politicians at the top to free them from the yoke of oppression.

Sadly, WE, THE AMERICAN PEOPLE,  have reached a similar point in our "economic" history whereby we've been cowered and living in "economic" fear on a daily basis under a socio-politico-economic system which makes us feel impotent and helpless to do anything about our economic destiny.     We've been made to feel that our economic destiny rests in the hands of:  Corporate America sitting on trillions of dollars of cash deposits;  Wall Street, Standard & Poor's and other credit rating agencies, and economic gurus;  our ability to increase the country's debt ceiling so we can continue to dig ourselves deeper and deeper into debt - and forever be beholden to China, Russia, Japan, and the other countries financing our debts;  OPEC; the heads of the Federal Reserve and our banks and other financial institutions who frankly aren't sure themselves about what to do for the economy;  the United States Congress and its bickering politicians putting party, ideology and self-interest ahead of country; a Tea Party or some other party; and, last but not least, a savior President  or presidential candidate who will come to us like a knight in shining armor on a white horse in order to rescue us from this economic abyss.

Enough is enough.    It is time to stop this masquerade.   The power to rescue the American economy does not come from the top.   It does not rest in the hands of Corporate America and politicians of any stripe, persuasion, ideology, or party; and nor does it rest in the hands of Wall Street, OPEC, credit rating agencies, our financial institutions, a new political party, or a white knight in shining armor.   The power to rescue this economy comes directly from the bottom and,  by that, I mean the American people.  Therefore, it's high time that WE, THE AMERICAN PEOPLE, shake off the yoke of economic fear, intimidation and slavery and assume control of the economy because if we don't, then no one else will do it for us.

So how can we, the American people, accomplish such a task, you might say?   The answer lies in the hands of approximately 180 million Americans, a figure which includes those who are receiving some form of government assistance.    As many visitors on numerous web sites I have visited over the past few days have remarked, we can start with a website that will do the following:
This is a powerful weapon that resides in the hands of nearly 200 million Americans, in short, anyone with cash savings or who derives any sort of income--be it regular earned income from wages and self-employment  or supplemental government assistance--and who has the mental faculties to make a decision as to whom or which company to do business with.   This does not require the assistance or involvement of politicians or any sort of governmental entity.  In fact, I would highly recommend that we stray away from any politician who offers help or support in the form of some government mandate or legislation or subsidy or tweaking of a monstrous tax code.   We do NOT need their help since most politicians are bought and sold by powerful and special interest groups and all sorts of dueling and competing constituencies and ideologies, which explains why we are in the mess that we are in now.   This has nothing to do with political party or politics or religion or social engineering agenda.

This is a battle for the heart and soul and economic destiny of the American people.  Therefore, we cannot afford to entrust the outcome of this battle in the hands of a few people.   WE, THE AMERICAN PEOPLE, can do this on our own and so should we because the only change we can believe in is the change that we can make on our own.  So whether you are a Democrat, Republican, Independent, Libertarian, Tea Party activist, right-wing or left-wing or conservative, super wealthy or rich or middle-class or low-income, concerned or apathetic citizen, very young or very old, physically challenged or able-bodied, soldier or veteran or retired military, African-American or Asian or Hispanic or Caucasian or American Indian or other ethnic group member, man or woman or unisex or transgender, gay or straight or celibate, Catholic or Protestant or Baptist or Mormon or Lutheran or Muslim or of any other religious affilliation,  join us in this powerful, peaceful, dignified, and patriotic call for a Second American Revolution.

Join us in this battle at VOMI Global Think Tank and Advisory Board and become the sons and daughters of the Second American Revolution.