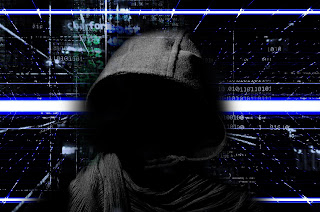 What is the average cost of a ransomware attack?    No one can really give you that answer for the simple reason that you are dealing with a moving target.

Hackers are not only getting more sophisticated but, as time goes by on a minute by minute basis, they are also getting more confident as well as bolder and brazen with their monetary demands.

The more successful they become, the more likely their success will serve to incentivize many others to join their ranks.    As they grow in numbers and sophistication, it is a foregone conclusion that they will seek to evolve ("formally organize") in order to become a real Potent and  Formidable  Virtual  Force to deal with;  in effect, transform into The REAL Deep State.

So, if you are a Medium to Large Enterprise,  what is the solution?

Contact the Police?   After hearing about the tremendous number of Police Departments worldwide which had no choice but to pay a  ransom, it's obvious that calling the Police Department to ask them to investigate is completely out of the question and, in fact, a laughable proposition.

Next In Line would be your country's equivalent of the FBI (Federal Bureau of Investigation). However, that being said, there is one problem with that:


Your country's  FBI equivalent is NOT immune from such ransomware attacks (although it's highly unlikely that they would ever publicly admit it).  Furthermore, they just don't have the human resources to deal with this sort of threat on such a large scale.  That is completely different than going after a bunch of hackers, petty thieves, criminals, spies and intelligence operatives operating in the Dark Web.  The best that they can do for you is to advise you NOT TO PAY.   After that, You're On Your Own.

Moreover, as these hackers evolve over a period of time,  it's not a matter of "if," but "when," they will eventually become that Potent and  Formidable  Virtual  Force :: The REAL Deep State :: thus becoming unstoppable.

The typical FBI Sting Operation will be nothing but Child's Play for them.   Even if a few of them were to be caught and made an example of because of their stupidity, something which is guaranteed to happen, the sheer volume and almost unlimited amount of both human  and financial resources that this Potent and Formidable Virtual Force would have at its disposal would make any law enforcement effort seem as trivial and insignificant as killing one roach which happened to be lurking around in the middle of the night after you turned on the lights.

Perhaps It's Now Time to Seek Help from your country's equivalent of the CIA (Central Intelligence Agency) or  NSA (National Security Agency).    Well, you can forget about these James Bond  movies.  The CIA and NSA have and can acquire the Talent to deal with these threats, however, they have the same problem that your country's FBI is facing:


The sheer volume and almost unlimited amount of both human and financial resources that this Potent and Formidable Virtual Force would have at its disposal would make any attempt to deal with them on a significant scale a quixotic adventure.  In an ideal or perfect world, the most that your country's CIA and NSA could ever do or accomplish is to develop the ability to successfully fend off attacks targeted against their very own systems.  As a matter of fact, even right now this very minute and second, it is virtually  IMPOSSIBLE for them to come to the rescue of all these businesses. Even if they could, they certainly wouldn't want the hackers to know how much they know and what their capabilities are. As stated earlier, You Are On Your Own.

Now That You've Exhausted all practical solutions to this problem,  if you believe that it's now time to get your Congress or Parliament involved, well, they can have as many congressional hearings and pass as many new laws and resolutions as their little hearts desire, however, the end result will be the same.   They themselves are NOT immune to these hackers.   You Are On Your Own.

Here Comes the Fallacy.  What this means is that, for every single major organization in the world, when faced with this dilemma and such overwhelming odds,  they tend to believe that they themselves are powerless to do anything about their situation and that it's now time to outsource the solution to an external team of experts and gurus.  In essence,  Leave Their Problem In the Hands of the Experts and Gurus;  thus becoming prey to a new class of predators who will promise them the world.

Here Comes the Truth.    Just because You Are On Your Own  does not mean that you are helpless and powerless.   There is a solution.   This solution calls for your organization to do exactly what the FBI, CIA, NSA  and your Congress or Parliament is doing right now this very second:   they are busy fending for themselves with their very own internal and formidable team of Cybersecurity  Experts and Gurus.

And So Should You.   But With One Twist.   It must be a Force which can go toe-to-toe against the foregoing Potent and Formidable  Virtual  Force :: The REAL Deep State.

Build your very own Virtual Organization COOP Force :: your very own internal and formidable team of  Experts and Gurus :: without having to hire a whole new team of cybersecurity personnel.
If you are now Ready and Willing to Cross That Bridge, then This Article provides you with a very compelling case for immediate action as well as exact details on how to proceed. 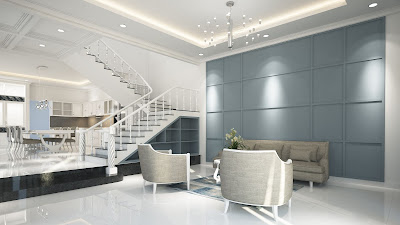 1.   Travel Arrangements to the United States NOT included.  The sponsoring organization or government must handle all necessary visa, travel and transportation arrangements for their Program Participants with all appropriate transportation providers, local authorities, and US government agencies.

2.   Strictly Optional.   Corporate Housing Reservation  is not offered as part of the 90-Day Program enrollment nor is it required in order to participate in the program.   That is strictly optional and is only provided for Program Participants coming to the United States who prefer to stay in Southern California along with their colleagues.

4.   Minimum of 100 Fully Enrolled Executives.   Corporate Housing Reservation must be for a Minimum of 100 Executives who are fully enrolled.  "Fully Enrolled" means that all program participants have met all enrollment requirements, have been formally admitted into the program,  and payment in full of the Total Program Registration Fee has been received by either VOMI or Virtual Organization Recruiter prior to the Corporate Housing Reservation date.

5.   No Individual Reservation Is Allowed.   Reservation must be made by the sponsoring organization or government and Payment In Full for Corporate Housing must be received for ALL executives within either 10 days of invoice receipt or 30 days of the reservation date, whichever is sooner.

6.   Payment In Full for Corporate Housing Is Required Prior Travel to USA.   Payment In Full for Corporate Housing covers all of the following for the entire 90-day period:
7.  No Refunds or Cancellations are allowed under any circumstances.    However, a credit will be applied toward future housing reservations within 5 years from the date of violation of cancellation clause.

9.  NEXT STEP.   Click Here to CHAT if you have any questions.   Or join our Circle of Influence in order to either submit an online inquiry, provide some feedback or express your interest in this program.