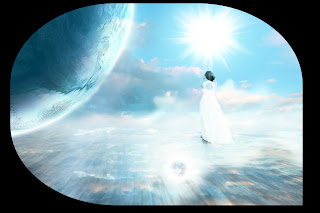 Please note that each country which seeks to submit an official request to launch a Futuristic City-State Enclave Based On a Civilized World Financial System within their own country MUST be an existing member of The New Virtual Organization World Consortium.

Moreover, I invite you to review at your own leisure these additional documents which offer a deep insight into the virtual organization management discipline and virtual organization leadership; as well as the need for mankind to make the transition from Human Being to Intelligent Being in order to further embark on the road to Human Evolution.   No need to rush, just bookmark this page, you have an entire lifetime to read them:
Let Us Manifest!

In Your Country: A Futuristic City-State Enclave Based On a Civilized World Financial System 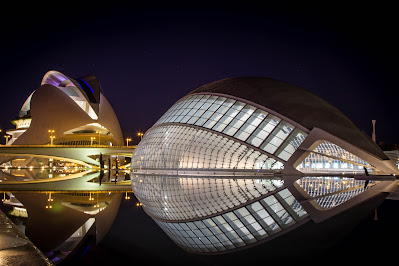 Such project being conducted under the auspices of The New Virtual Organization World Consortium.

Prior to that, and since then, there have been many such ambitious futuristic city projects by others::::many of which are dubbed to be Smart City or Sustainable City projects.  They were announced with great fanfare by their promoters;  received a great deal of publicity worldwide from the mainstream media; and are now languishing on the shelves of these architects or hibernating in the deep caverns and labyrinths of vision blinders and skepticism.

Such list includes the following and other prominent ones:

According to its founders and leading evangelists,  "The responsibility for our future is in our hands, and depends on the decisions that we make today. The greatest resource that is available today is our own ingenuity."

What These Smart City Projects Have In Common

You will notice a common thread which runs through all these Smart City projects:  They are all dependent on the current global financial system in order for them to come to fruition.  Otherwise, they remain strictly architectural plans perched on digital shelves and accumulating fairy dust.  Many of which will  eventually be confined to the dustbin of history.

Moreover, the architects of these smart cities view their projects  as a  blueprint for similar cities across the globe.    (Not a smart idea.  I learned the hard way.)

As I look back at the original concept behind the 2018 launch of the Futuristic City-State Enclave Based On a Civilized World Financial System project, the very first one to be completed was designed to be a model, prescription, or blueprint for the future launch  of all other Futuristic City-State Enclaves in all other countries across the globe.   The completion of such prototype would encompass a minimum period of 25 years.   In the grand scheme of things, this is a very reasonable time frame.  As the old saying goes, "Rome was not built in one day."

However, that being said, in light of the uniqueness of every single country's topography, history, culture, social system, monopoly over:::or restriction to access of:::its own natural resources, existing infrastructure, geopolitical realities, principled geopolitical leadership realities, level of political evolution, as well as the current realignment of today's world order, I thought it prudent to question the wisdom of  focusing on this "One-Size-Fits-All" Futuristic City-State Enclave Based on a Civilized World Financial System prototype.

As well, I have come to see myself as the typical Westerner exhibiting the sort of arrogance which leads us to believe in this foolish and idiotic concept of exceptionalism; of being the best and the brightest; and thence entitled to dictate to the rest of the world::::or at the very least, expect all others to adopt::::our view of the solution, make-up, and contours of a Futuristic City-State Enclave without taking into consideration the diversity of the global population.

A Wiser and Critical Time-Saving Approach

Therefore, in light of the foregoing diversity which characterizes these countries and peoples all over the globe, and in order to make sure that I don't repeat the mistakes of our forebears and remain blinded by our Western arrogance and condescending behavior toward our fellow human beings across the globe, I have come to the conclusion that the Futuristic City-State Enclave project is best served when every  single human being and government across the globe has a chance to use their own intelligence and initiative in order to contribute to the development of their very own country-oriented Futuristic City-State Enclave Based On a Civilized World Financial System.

The idea is to encourage country and culture-specific innovation from all corners of the world instead of a one-size-fits-all futuristic city-state enclave model.  As well, this will foster a tremendous amount of Innovation and Collaboration between all individual countries so that they can all learn from each other::::"stand on the shoulders of giants" whenever appropriate:::: instead of constantly "having to reinvent the wheel."

The bottom line is this:   Instead of having one country spend a minimum of 25 years developing just one Futuristic City-State Enclave Based On a Civilized World Financial System, only to discover later what really works and how and why, then why not open the field to every single country in the world so they can all Learn from and Collaborate with each other on the launch of their very own country-oriented  futuristic city-state enclave.

The point being, the Collective Intelligence of all these peoples from all these countries (all 198 of them) will accelerate the time it takes to complete and perfect their very own country's futuristic city-state enclave.  An opportunity for each Collaborator and Country to stand on the shoulders of giants instead of having to reinvent the wheel or wait for another 25 years to see what a futuristic city-state really looks like and its shortcomings.

There is, however, a limit of One such Futuristic City-State Enclave project per country.

However, to allow every single nation in the world to be able to join the New Virtual Organization Consortium and/or to Host a Futuristic City-State Enclave Based On a Civilized World Financial System within their own borders :::: and out of respect for these countries :::: I thought it instructive and sensible in light of the world of Primitive And Barbaric Savages (PABS) that we currently live in and today's geopolitical realities, to be flexible with respect to the consortium membership payment mechanism for countries which may seek or prefer to use any of a variety of payment methods for any number of reasons.

Such reasons may pertain, however, are not limited to financial, economic, geopolitical, principled geopolitical leadership, national security, and national sovereignty matters.

I am perfectly aware that the following three (3) questions reign supreme in the mind of every single person who has read any of my articles about the aforementioned futuristic city-state enclave or human evolution:

:::: Q2.  "What makes you or anyone else qualified to introduce such new financial system to the rest of the world?" ::::  And, last but not least,

:::: Q3.  "Even if I were to buy into this new concept of a civilized world financial system, where in hell is my country going to get the money (i.e., where is the funding for this project going to come from)  in order to build this so-called Futuristic City-State Enclave?"

The one and only clue that I can provide to every single world leader who is principled (I know it's only a handful);  who is NOT compromised (I know it's only a handful);  who does indeed reflect the best aspirations of their people;  and who is willing to remove the blinders of isolation, power, arrogance, superiority complex,  ignorance, willful ignorance, FEAR, pragmatism, indoctrination, greed, stupidity, and inferiority complex; is that you are NOW in possession of everything that you need:::::and that you also have it within your power:::::to make it possible to build such Futuristic City-State Enclave within the borders of your own country.

Since time immemorial, millions of terms and expressions have been used throughout the ages in order to describe some bogeyman or dark, sinister force and Luciferian power we now call The Deep State or The Cabal.   An evil force which keeps the entire human race in a state of perpetual slavery and ignorance:::::and which maintains a stranglehold over the entire global financial system.  And that any attempt to undermine the current status quo will result in severe consequences or an untimely end to those who dare to do so.

I have written extensively on this subject and, therefore, if you have the time or inclination to further explore it, you are welcome to read a very small sample of these documents:   A Global Need for Principled Geopolitical Leaders ::  Treatise On Political Evolution :: The Digital Currency Manifesto.

These are very long documents covering hundreds of pages.  Therefore, read them later when you have plenty of time to spare.

The bottom line is this:   I can assure every single world leader with half a brain that the current powers-that-be of today's global financial system will certainly want to make sure that nobody interferes with the architecture and development of this "Civilized World Financial System" for one simple reason:

That's because it also happens to be in the best interests of the powers-that-be.   They are NOT stupid.  Once they learn all there is to know about it, they will see how it magnifies their current wealth and power potential (but not over you).  You get to do all the work and they get to watch and see whether or not you succeed.  If you succeed, they win.  If you fail, they also win.  In other words, they have nothing to lose.

I know you are confused, however, this is NOT rocket science.  All you need to do is spend the next six (6) months to one year reading the articles listed below under the Supplemental Information For Advocates of Human Evolution heading.   In turn, these documents will lead you to over 250 articles and evolutionary documents -  and the light will immediately begin to shine inside your thick and cloudy skull.

We have no need for your money.  What we are in short supply of are Collaborators who share the Cause of Human Evolution - and Intelligent Beings::::attributes that no amount of money, power, social status or privilege can buy.

On the other hand, you are, however, welcome to join League of Extraordinary Virtual Organization Executives IF you share the Cause of Human Evolution.   (Something that is highly unlikely, however, I invite you to prove me wrong.)

Please note that each country which seeks to submit an official request to launch a Futuristic City-State Enclave Based On a Civilized World Financial System within their own country MUST be an existing member of The New Virtual Organization World Consortium.

Moreover, I invite you to review at your own leisure these additional documents which offer a deep insight into the virtual organization management discipline and virtual organization leadership; as well as the need for mankind to make the transition from Human Being to Intelligent Being in order to further embark on the road to Human Evolution.   No need to rush, just bookmark this page, you have an entire lifetime to read them:
Let Us Manifest!