Appeal to All World Leaders: A Passport for Human Evolutionaries 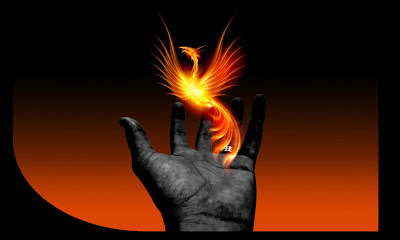 The following May 23, 2022 article:::::Rise of the Evolutionaries:::::describes in detail the role of a Human Evolutionary.  (It's a very long article, read it later.)

Simply put, a Human Evolutionary is an Advocate for Human Evolution.   Our primary goal is to do all we can possibly do in order to prevent the extinction of mankind in the hope that humans will eventually get a chance to evolve.  We view the entire human race as one people inhabiting one planet and thus understand the need for all nations throughout the entire globe to learn how to co-exist with each other.

Thus negating the need for any unipolar world or hegemonic power constantly engaging in wars of conquest and perpetual attempts and efforts to subjugate their neighbors and other countries via perpetual sanctions, regional wars, world wars, nuclear wars, proxy wars, color revolutions, destabilization efforts, propaganda, lies, the forging of false narratives, human compromise operations, and numerous other actions and efforts that are so horrendous and macabre that not even Mephistopheles himself could possibly stomach or condone.

In a nutshell, these individuals are NOT pacifists by any stretch of the imagination.  They come from all walks of life - from Heads of State, prominent political figures, prominent members of the media, former military officers,  former intelligence officers, ordinary individuals, etc.   They are merely individuals of sound mind and good conscience who are willing to speak truth to power and who subscribe to the highest a priori ethical code of  "Do unto others as you would have them do unto you."

They are doing their very best to warn us all against - and to prevent - the final stage of today's World War III which will surely result in a nuclear holocaust and the annihilation of the entire human race.

Examples of such Human Evolutionaries include, however, are not limited to the following individuals:

The history of mankind since time immemorial has proven over and over again that no amount of revolutions and revolutionaries - and technology - can stamp out the evil that lurks in the minds of human beings.  Thus limiting mankind's ability to evolve.

Therefore, it's now time for all of mankind to make a paradigm shift from Revolutionaries to Evolutionaries in order for the entire human race to begin to evolve.

I remain available to all world leaders who would like to learn how to implement the foregoing recommendations as well as other practical and concrete ideas on how they can Support the Cause of Human Evolution.

Moreover, I invite you to review, at your own leisure, these additional documents which offer a deep insight into principled geopolitical leadership, political evolution, the virtual organization management discipline, virtual organization leadership, as well as the need for mankind to make the transition from Human Being to Intelligent Being and further embark on the road to Human Evolution.   No need to rush, just bookmark this page, you have an entire lifetime to read them: