Oppressors and Tyrants Seeking Freedom from Their Own Oppression and Tyranny 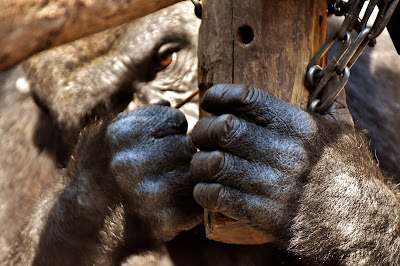 Every single human being on planet Earth, without exception, is taught from cradle to grave all they need to know about the architecture, foundation and infrastructure of the Established World Order on planet Earth (appropriately referred to as "Planet Fear") and their specific Slave-Master-Moron Role within its hierarchy at any given point in time.

To prevent any confusion on your part, let me quickly define the aforementioned terms for you prior to proceeding:

How Can an Oppressor or Tyrant Oppress or Tyrannize Himself?

Now I can answer the question that most readers are likely to ask:

"Pierre, how can an oppressor or tyrant oppress or tyrannize himself.  Moreover, even if this were possible, why would he have any difficulty freeing himself from his own actions?"

Well, the answer is simpler than you think.   So, let me elaborate on how that is possible and how that applies to every single human being on our planet - Planet Fear.

This power to Free Yourself from the Oppression and Tyranny is reserved to only one individual on this planet - You Yourself and no other.

In essence, once they made the decision to Accept the Oppression and Tyranny in silence, they became de facto their Own Oppressors and Tyrants and, by proxy, the Oppressor and Tyrant of their Own Children and, perhaps, many future generations of their own progeny.

In essence, this is the same dilemma that every single human being, organization, institution, government, alliance and any other entity on this planet is faced with:
Seeking Freedom from Your Own Oppression and Tyranny
Before I proceed, let me be the very first person in the world to acknowledge that what you are about to read is nearly impossible for any human being alive to digest and make sense of; and, in effect, will most likely cause you to recoil at this sort of information if you are not mentally prepared to absorb it.  (In other words, if you are not already yearning to be free.)
For the simple reason that this Search for Freedom requires a tremendous amount of information that you will need to absorb ::::: and a certain level of Intelligence that you have yet to possess and which you will eventually need to tap into ::::: in order to grasp the simplicity of the solution before you.
Now that you have been forewarned, here is the solution:

Suggestion:  You will find the answer to these questions in the December 14, 2015 (271-page)  treatise :: A Global Need for Principled Geopolitical Leaders

Thus, in most cases, simple obedience is all that a Master requires from a Slave.

With respect to Slaves, for the most part, what they really seek from their Master(s) in return for their obedience and servitude is a reasonable or implicit assurance of the existence of some sort of security, stress release safety valve, and a grievance relief mechanism that they can count on whenever their living conditions become unbearable.

Since you are a human being here on planet Earth (i.e., a bona fide Slave), there is no need for me to elaborate on the nature of the foregoing "reasonable or implicit assurance."

At the other end of the spectrum, what Slaves really object to is the extent of their oppression and repression and the severity of the conditions imposed upon them during their servitude.  At which point, wholesale revolt becomes their only remaining option and a strong possibility.

Hence the reason why the majority of Slaves on planet Earth::::about 98% of them::::are content with living in slavery from cradle to grave - while clamoring for Freedom from Oppression and Tyranny that they themselves are responsible for.

Therefore, it's now up to you to decide where you stand and how you fit into the grand scheme of things:

Thus, if you fall into the 98% of Slaves Category, then there is no need for you to proceed any further with the rest of this solution.

Suggestion:  On the other hand, if you fall into the 2% of Slaves Category who truly seek freedom from your own oppression and tyranny, then proceed with the rest of this solution.

Suggestion:   You will find these answers in the September 18, 2019 (300+page) treatise :: Treatise On Political Evolution

Suggestion:  To gain a comprehensive overview of this challenge, proceed to the August 12, 2022 article :: Intelligence Is Fuel for Launch of New Global Civilization of Intelligent Beings

Suggestion:  Proceed to the August 17, 2022 article :: Rolling Down the Hill Expecting to Reach the Top of the Mountain

Suggestion:   Forever keep in mind this maxim:  "Given the impetus or opportunity, those whom you seek to liberate will crucify you."

The following entities are ideal for any individual, organization or government who wishes to become a Collaborator:
Supplemental Information for Advocates of Human Evolution