CloudCoin: Is It A Ponzi Scheme? - Part 3 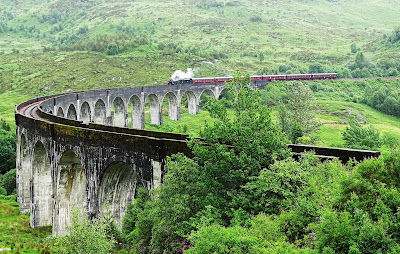 Theme of Part 3 ::::   CloudCoin:  A Speeding Train Without A Conductor

For reference purposes, please note that this article represents Part 3 of a 6-Part Series of articles designed to answer this critical and overarching question about CloudCoin:  Is It A Ponzi Scheme?

Therefore, I strongly suggest that you read the previous installment of this 6-Part series :::: CloudCoin:  Is It a Ponzi Scheme? - Part 2  :::: A Drop of Water In the Middle of the Desert Is Priceless :::: in order to gain a better insight into the theme of the Part 3 article.

As much as it saddens me to say, voters always get the leaders they deserve.

Further Analysis Update.    Stay tuned for the upcoming article :::  CloudCoin:  Is It a Ponzi Scheme? - Part 4 (of a 6-Part Series) for further analysis.
I also invite you to share the link to this document with your fellow CloudCoin stakeholders and RAIDATech / RAIDAQ investors and whomever else you believe would be receptive to the information enclosed herein.
Logical Next Step For All CoudCoin Holders:   Proceed to Digital Currency Consortium for a deep insight into Digital Currencies and the need for a Digital Currency Visionary, Strategist and    Principled Geopolitical Leader with solid Virtual Organization Leadership experience who understands the foundational need to have in place ::: and build :::  a Global  Organization  infrastructure.
Supplemental Information For Advocates of Human Evolution

Moreover, I invite you to review, at your own leisure, these additional documents which offer a deep insight into the virtual organization management discipline, virtual organization leadership,  as well as the need for mankind to make the transition from Human Being to Intelligent Being and further embark on the road to Human Evolution.   No need to rush, just bookmark this page, you have an entire lifetime to read them: