Between China, Russia, USA: Which One Could Become Very First Enlightened Civilization? 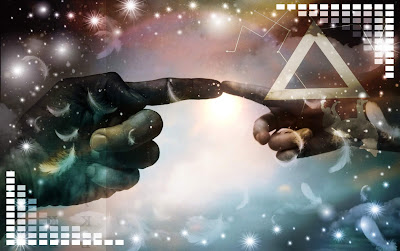 What does it mean to be the very first Enlightened Civilization in the entire history of mankind?

However, prior to answering that question, it's best that I first outline why, from time immemorial to our present day, an Enlightened Civilization has never been able to take hold and flourish on planet Earth.   These reasons are in the following order of importance:

Every single financial system which has ever existed on this planet has always been based on the original financial system of "Risks and Rewards" which was passed down to us by our Ape ancestors millions of years ago.   (As the French philosopher Jean-Baptiste Alphonse Karr duly observed, and I paraphrase, the more things change, the more they remain the same.)

That means, with minor exceptions that can be counted on less than 5 fingers (e.g., "instinctual" acts of heroism and other personal sacrifice under extreme circumstances committed without any regard to life or limb, etc.),  there exists a "direct, indirect, or 'perceived' financial component, correlation or benefit"  for just about every single activity or effort by every single human being.  (There is not a single human being anywhere on this planet who can disprove this assertion.)

And without our "current" primitive Financial System,  our entire civilization would collapse faster than the Berlin Wall.

A deliberate effort has been made, from time immemorial to our present day,  to conceal from humans the explosive and unlimited power of their Individual Consciousness and A Priori Intelligence.   The article "In The Grand Scheme of Things, Does Intelligence Really Matter?"  contains an excellent illustration of this dilemma.

For example, seeking to place a monetary value on the life of every single human being at birth,  I was able to come up with an absolute minimum value of USD $60 billion.  (Here are the details.)  Guess what!  Every single person that  I mentioned this number to looked at me with an air of incredulity as if I had gone mad - completely insane.

A member of my family even made the following remark "Hum, that much?" and then got up and walked away from me out of fear that a conversation was right around the corner.   One of my children on a holiday visit looked at me, speechless, and then went ahead and changed the TV channel. All I could see were eyeballs darting from left to right and back to center position.

As a matter of fact, I am willing to bet that not even YOU, yourself, believe that you are worth that much money at birth.   When, in fact, that was a very conservative number.   The truth of the matter is that, in terms of biological sophistication alone as well as the amount of knowledge that the human mind can discover and the things that humans can accomplish,  a more accurate monetary representation should be at least USD $1 trillion.

The point being, it is this lack of Awareness of Who You Really Are, Your Real Value, and How Much You Are Really Worth which has prevented us humans from building the first ever Enlightened Civilization in the entire history of mankind.

Without this Awareness Embargo, our "current" primitive civilization would collapse faster than a kangaroo roadkill in Australia's outback.

Reason #3.    Abdication of  A Priori Ethics

There is only One "A Priori" Ethical Principle which governs the conduct of every single human being on planet Earth:  Do unto others as you would have them do unto you.    This Sacred  Principle is NOT something that you need to learn from anyone or in any learning institution anywhere in the world.    That is knowledge that each and every single human being is born with.

The minute you abdicate your solemn Responsibility to Lead Yourself, you are in fact inviting others to Lead You, Guide You, Protect You, Nurture You, Coach You, Inspire You, Reward You,  Punish You -  including the Taking of Your Life,  and Make Decisions On Your Behalf.

Thus the reason why practically NO ONE on planet Earth really wants you to abide by this one Sacred Principle.    Think of that for one second.   No one would have any justification to encroach on your freedom and activities.   Laws wouldn't apply to you since you are a firm adherent to this Sacred Principle :: This Universal Law :: which supersedes ALL Human Laws.  Your neighbors would complain to the authorities and ask them "why you are above the law."   As we all know so well, misery loves company.

Without this Abdication of A Priori Ethics, our "current" primitive civilization would collapse faster than a large ocean wave crashing on a sand castle.

Now I can answer the aforementioned question: "What does it mean to be the very first Enlightened Civilization in the entire history of mankind?"

The answer is very simple.   Such civilization must ensure the following:    1)  A "Financial System" that is based on a "Civilized World Financial System." (See Host a Futuristic City-State Enclave Based on a "Civilized World Financial System" for details - not now but later.)    2)   From the time of birth, a concerted effort must be made by ALL humans to instill in each and every single one of us an awareness of the  unlimited power of  our Individual Consciousness and A Priori Intelligence  so that we are all able to Manifest.    3) As well, from the time of birth, each and every single one of us will be taught about and be constantly reminded of the inviolability of the Sacred "A Priori" Ethical Principle which governs the conduct of every single human being on this planet:  Do unto others as you would have them do unto you.    That is all!

It's now time to pose the question:   Between China, Russia and the USA, which country stands the best chance to become the Very First Enlightened Civilization in the entire history of mankind?

Since the USA already considers itself an "Exceptional Nation," Leader of the Free World, and the so-called World's Undisputed Superpower, it has absolutely NO incentives to seek to change its ways.   Therefore, we can automatically rule out the United States of America.

Russia is a superb player of Realpolitik and, therefore, very pragmatic (i.e., everything in life is negotiable as long as you take our interests and concerns seriously).   As well, it is a firm believer in a Rules-Based International World Order.  It's not at all "Idealistic" with respect to the rules.  It doesn't really matter how odious and odorous these rules are.  It [Russia] just wants to have a say at the table in terms of how these rules are proposed, formulated, implemented and adjudicated (i.e., it only wants to have a seat at the table and be treated as an equal partner - something that the West will never allow).

These traits, in turn, invite "disrespect" from other nations and, even militarily inferior foes,  as they are constantly engaged in testing Russia's limits.   It happened during World War I, World War II, and all other hybrid warfare events that Russia has been subjected to over the past 74 years.  Russia acts like a bear who enjoys being poked before it can react with full force and fury.   Make no mistake about it, Russians are NOT cowards.  They are superb,  ferocious and very determined fighters when backed into a corner.

The tragedy with this game of Realpolitik showmanship and display of pragmatism is that it always results in the needless death of millions of Russians.   Deaths which could have been avoided if Russia's foes knew for a fact that they would either pay a very heavy price or be crushed at the slightest sign of clear provocation.  No time to play games.

China is very "calculating,"  a "strategic thinker,"  is extremely hard to read, has an abundance of patience,  has superb planning and execution skills,  thinks long-term, and is very "leery" of "formal" military alliances.   It is more interested in a "Rules-Based Chinese Social Order" than the time immemorial, Rules-Based International World Order whose core principle always involves interference in other nations' affairs;   since China prizes Internal Stability above all else due to its large population and numerous ethnic groups.    Although there is no such thing as "Rules-Based" since those who make the rules can change them as they go along;  make new rules;  or just ignore the rules altogether.   (That's the way it is in every single country in the world and, if anyone tells you any different, then they must be Time Travelers from another dimension.)

China's inherent weakness is that its people and leaders have very little appreciation for their own culture.  They have this romanticized notion of the West;  seek to emulate the West  in just about every aspect;  and want to learn just about everything from the West.

That is a very dangerous mentality full of pitfalls further down the road since those who return from the West are appointed to an overwhelming number of high positions in many sectors of society and are, in effect,  responsible for charting the future of China.

Last but not least, its leaders' willingness to "fold" when they feel that they have run out of options;  instead of taking a "principled stand"  which could jeopardize   their own short- or long-term interests;  is very problematic for quite a number of reasons.    The best example of that is the number of  United Nations Security Council resolutions  over the past 74 years whereby they voted on resolutions  which were clearly unjust and, in many other cases,  they simply abstained or did not vote on "matters of principles."

This unwillingness to "take a stand" only invites disrespect from other nations' leaders and can only be interpreted as a sign of  "moral" and "principled" weakness when it comes to matters of morality and principles.   As well, it invites the coercing nations to also threaten or apply "unjust sanctions" on China whenever they feel that they can get away with it.

Based on the foregoing analyses,  between the final contenders Russia and China,  China is the lesser of the two evils when it comes to "Which Nation Could Become the Very First Enlightened Civilization in the Entire History of Mankind?"


If  the foregoing information makes sense to you,  that means you are now ready to receive this message.

Let Us Manifest!
on The New Virtual Organization World Consortium
You Are Welcome to Request My Contact Info