A Positive Message to Our Friend and Plasma Technology Mentor Mehran T. Keshe 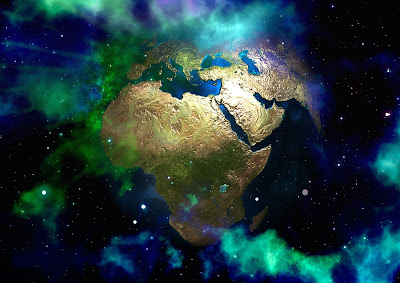 Truth can be very inconvenient and, sometimes, it hurts a great deal.    For those of you who were looking for a Messiah, a perfect being born of this world who came out unscathed and unaffected by all the greed and evil which surround us all from the time of birth, and saw the plasma technology being taught by Mr. Mehran T. Keshe strictly as an added bonus gift to mankind, I am sure that the information disclosed during today's 120th Knowledge Seekers Workshop session was, at the very least, a cause for deep reflection.

A Sigh of Relief

But for those of us who understand the way the "real world" works; the greater message that Mehran is sending out to us all; what he truly seeks to accomplish with the teaching of the plasma technology; and, most importantly, WHY he chose to reveal his life's story, "warts and all," during today's session prior to moving ahead toward the final realization of his dream--and I can count myself among that group of people--today's session was not only A Real Sigh of Relief but also a Total and Unconditional Affirmation and Confirmation of Mehran's Commitment to everything that he represents: his dream, vision, mission, the sum total of his efforts and achievements to date, and everything else that he stands for.

What this means is that, effective today's date, THE SHACKLES ARE COMPLETELY OFF.   And now, more than ever, Mehran is free to pursue his dream and vision to LIBERATE US ALL from our own shackles.  The release of this information means that he can no longer be compromised or controlled in any way, shape or form.  Not by the British, US, Iranian, Israeli, Belgian, German or any other government in the world.

By admitting that he did, at one point throughout his career,  dance with the Devil (that's my definition of every single government and so-called intelligence agency in the world), but never slept with them, he has confirmed my original suspicions and answered many questions I had in the back of my mind.

This means that I no longer have to proceed with the sort of "healthy" caution I previously had, although it is never wise to just "throw all caution to the wind."  I was concerned that he would eventually succumb to temptation and sell out under tremendous pressure if he ever got an offer from "The Don" that he couldn't refuse;  and that,  all of us would, in the end,  be left holding a 30% completed product with no blueprint on how to finish building it.

(Because if he did sleep with the Devil, there is no way he would be alive today; his technology would have been stolen or "bought and paid for" a long time ago; and NO ONE in industry or government would have any current interest in him or even bother to mention his name.)

But I am also aware that, contrary to the glee, excitement and euphoria that Mehran's detractors must be experiencing right now (sensing that he has just dealt himself and suffered a major, unrecoverable blow to his credibility and reputation), today's revelation, in fact, does just the opposite.

It now frees him completely from his detractors, whomever and whoever they happen to be, and wherever they are located  ::  which now gives me an excellent opportunity to segue into my recommendation to our friend and plasma technology mentor, Mehran.

In conclusion, Mehran, it's now time for you to stop paying attention to what your detractors are saying about you.  It's obvious that their comments, efforts and activities are somewhat hurtful (and, in many cases, very deadly);  and, being human, it's extremely difficult for you to just ignore them altogether and not fight back or try to validate yourself.

However, that being said, you've now reached a point where this is no longer necessary.   We NOW KNOW who these people are, what they are about, and just about everything that they've been up to all these years.  The likelihood that these monsters will turn their lives around and, one day, try to do something good for humanity is almost nil to none.  Thus, there is nothing new and useful that you can add to the discussion.

Therefore, it's now high time for you to stop sharing your global platform with these soulless monsters, imbeciles and morons.   You no longer need to either allude to or mention their names, their activities, etc.   Because every single time that you do, although I am quite sure you don't realize that, it's a big turn-off.  It's as if you had just made a delicious drink for us, and then sprinkled some rat poison in it.  That is how bad it sounds to some of us.

So stop trying to validate yourself, your integrity, your knowledge and your technology which the rest of us around the world are now validating.  You have nothing more to prove to anyone and you certainly should not have to do so.

Instead, it should be just the opposite:  It is the world which has to prove to you whether or not we are truly worthy and deserving of all your efforts, trials and tribulations on our behalf.   For many of us, the answer is "NO."  But for "Idealistic Fools" like you and I, as well as a small number of others like us, the answer is an unequivocal "YES."

Therefore, from hereon, let us stay on a positive path and just let your work speak for itself and Fork Them All!


Let Us Manifest!
on The New Virtual Organization World Consortium