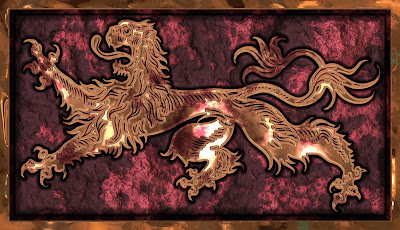 In a nutshell, the role of an Official Global Ambassador of VOMI Global Think Tank is to Serve as a Catalyst for the introduction, acceleration and explosive growth of virtual organizations in your respective country:: in other words, to help expedite the arrival of The New Virtual Organization World.

And some would ask:  What is so special about The New Virtual Organization World and why do we need it?   And what's wrong with the world that we're currently living in?

Well, let me give you the answer to the latter question with just one word:  EVERYTHING!

Now, with respect to The New Virtual Organization World,  we need it in order to make the transition from our current state of  "Primitive, Savage and Barbaric Human Beings"  to that of "Intelligent Beings."

With respect to the natural follow-up question I expect from each and every single one of you :: What is an Intelligent Being? ::  the simplest way for you to get that answer is to just Observe and Begin to Question  Every Single Thing that you've ever learned since you came into this world--as well as Everything that you are now witnessing and hearing about--by asking yourself Only This One Question:


In an alternate world free of today's constraints and existing realities, what is THE INTELLIGENT WAY of doing things?

Well, the path to that alternate world is right here in front of us.  That world is called "The New Virtual Organization World."   However, we are too blind to see it:: too indoctrinated to believe that such a world could possibly exist::  and too Primitive, Savage and Barbaric to believe that humans could ever reach that state of actualization.

Think of that for one second:  It's like asking a bunch of  Slaves to believe that they can one day become Masters of the Universe.

In essence, that's what I am asking ALL OF YOU to believe.   As human beings, we live, in one form or another, like Slaves on this Planet.   And I want you to believe that we are NOT forever doomed to this condition and that we possess the intelligence to free ourselves from our current Primitive, Savage and Barbaric state so we can eventually join the ranks of the Masters of the Universe.    And that's what it means to be an Intelligent Being!

Please note that I am NOT asking you to become an Intelligent Being overnight :: Nor can anyone waive a Magic Wand in order to make that happen.   What I am offering you instead is the opportunity to take that very first step toward becoming an Intelligent Being::   Become an Official Global Ambassador of VOMI Global Think Tank!

View Article:  Stand Up and Walk Away from the Monkey See, Monkey Do Crowd
Prequel of this Article:
Exclusive Strategy for Official Global Ambassadors of VOMI Global Think Tank