The Rise of The Civilized Reich: Gehirn Macht und Grundsätze


It's a New Principled and Civilized World, It's Virtual, and It's Organized 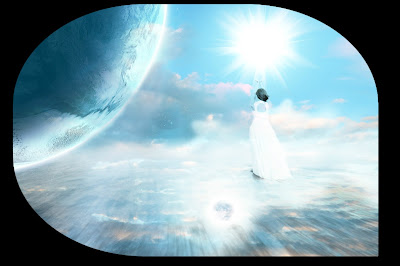 From time immemorial to this very day,   mankind has always been ruled by dynasties and various forms of  kingdoms, empires and ruling entities.  What they all have in common, in one form and degree or another, is the primitive,  barbaric nature and essence of the pillars of their foundation.

As my grandmother used to be so fond of saying about nearly everyone who drew her ire, "give them an inch, they'll take a mile."   Of course,  not to be outdone by anyone, my late dad also had three (3)  favorite sayings, two of which are as follows:  "spare the rod, spoil the child,"  "qu'ils me haïssent, pourvu qu'ils me craignent," (loosely translated: "they may hate me, as long as they FEAR me").  I will save the third one for later.

And regardless of who you are and where in the world you are, I am sure you are now beginning to see where this discussion is headed.  You have also heard these sayings too.

But have you ever stopped to think that these "three sayings" collectively constitute the epigenesis of the foundation of every civilization, dynasty, kingdom, empire and ruling entity which has ever existed on the face of the earth?

They form the basis for every single system and form of governance known to mankind.  Without them, you wouldn't know how to govern and where to begin.  They imply the real threat and use of punishment as well as brute and lethal force as an enforcement mechanism in order to keep in line  every single individual on this planet.   They are responsible for every single war and conflict in the entire history of mankind.  Thus an imperative need to change course.

An Urgent Need for Principles

Now I can tell you my dad's third saying, "I don't care, this is a matter of principles."

However,  since humans don't live in a world of principles and don't know anything at all about what it means to be "principled";  this means that they are all left to decide for themselves what they mean when they use the word, "principles."   In which case, "principles is really in the eye of the beholder."

To wit, what's "principles" to me is "nothing to make a fuss about" to you and vice-versa.   And in many cases, what's "principles to you today," tomorrow can easily turn into "I have to be pragmatic," "no need to make a mountain out of a mole hill," "you can't make the perfect the enemy of the good," or "a half full glass is better than an empty glass."   A phenomenon  I call "rolling principles."

Thus the perfect time for me to segue into the real definition of principles:   An a priori concept which governs our conduct: "Do unto others as you would have them do unto you."   That's all!

There is no room for equivocation, rationalization, pragmatism, realism, realpolitik, playing 4D chess,  negotiation,  nothing is black and white, that's the way of the world, life is all about shades of gray and in between, etc.  For the simple reason that once you start going down that road, you are in essence sending a signal to 7 billion other people to follow you and do the same - and they will (and have already done so).     Hence the reason why humans know absolutely nothing at all about what it means to be principled.

Thus the reason why, absent a change of course or the total annihilation of the human race,  the current brutal, primitive and barbaric world that we now live in will be the same world that our progeny will get to inherit billions of years into the future.

A new course which requires that we learn how to become truly Principled.   Once we become Principled, then and only then will we be able to begin to use our Collective Brain Power in order to give Rise to a Civilized Reich based on Brain Power and Principles.    A new Reich that will eclipse all former kingdoms, dynasties, empires and the three (3) preceding Reich - and which will last for as long as humans continue to exist regardless of their actual location in the universe.

To the pessimists, naysayers and pragmatists, I agree with your sentiment that changing course is  easier said than done.    Taming the savage human beast is indeed no small task.   We have lived like slaves in captivity and ferocious beasts for millions of years; and becoming Civilized will NOT happen overnight.

However, that being said, changing course (going in a new direction) only requires the ability to realize that today's Fast and Fury Advances in Technology  combined with our current Primitive,  Barbaric and Savage Mentality make our current way of life and prospect for longevity on planet Earth unsustainable in both the near and distant future.    Such lethal combination is a recipe for Total Annihilation of the Human Race -  not only here on planet Earth but also wherever we may decide to travel to and settle throughout the Cosmos.

The truth is,  the earth and its environment do NOT need to be saved by humans. For the simple reason that the planet does NOT need humans in order to exist.   It can - and will - do fine without humans, as we now know it.     It is Humans who need to be saved from themselves; from their hubris, pretense, arrogance, ignorance and stupidity as well as their primitive, barbaric and savage instincts.

Therefore, once that realization takes place, all we have to do is to Just Take That First Step on the road to the very first Civilized Reich in the entire history of mankind.   A Realm which covers the entire planet and is bound to create the ideal conditions and springboard for Human Evolution.  (Are You Ready for Human Evolution?)   To paraphrase Confucius, a journey of a thousand miles begins with a single step.    That first step can be whatever you want it to be, including, without limitation, any of the following:
The Ball Is Now In Your Court

Let Us Manifest!
on The New Virtual Organization World Consortium
and Circle of Intelligent Beings

(This article contains a secret code which cannot be deciphered by any human being or any sort of cryptographic, AI  and quantum technology. Take the challenge!)