China's Global Initiatives Causing Alarm Bells in the West:: How to Proceed 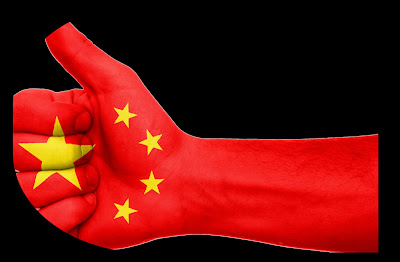 China and Russia's Eurasian and other global and regional initiatives are causing alarm bells to ring all over the Western world and, it goes without saying, every single effort is being made in order to sabotage these initiatives since the West fears that their successful implementation would, at the end of the day,  result in a "cataclysmic changing of the guard."

After all, no world power in human history "has ever and quietly gone gentle into that good night" when it's time for them to hand over the baton and go into their own corner.   No amount of assurances, compromises,  memorandum of understandings,  formal or gentlemen's agreements, treaties, UN resolutions  or pacification moves and gestures can calm their fears.  They always fight tooth and nail to the very last breath and minute - and the Western powers are NO EXCEPTION to the rule.

In fact,  what you are dealing with here is a paradox.   A paradox in the sense that this "cataclysmic changing of the guard" is a "Direct Result AND Consequence" of these "assurances, compromises, memorandum of understandings,  formal or gentlemen's agreements, treaties, UN resolutions and pacification" which were intended to prevent a cataclysmic event from happening in the first place.

And this is where The New Virtual Organization World Consortium comes into play::  in the sense that we believe that this cataclysmic event is NOT a foreordained conclusion and that there is a very "simple and realistic otherworldly alternative" that, heretofore, has consistently escaped our current primitive and barbaric savage mentality.

However, that being said, this alternative requires that China and Russia's business elite and political leaders take the time to explore not only that alternative but also a number of others as members of The New Virtual Organization World Consortium.

In connection thereof, I have made a number of changes designed to make The New Virtual Organization World Consortium more inclusive at a global level so that well-meaning professionals and leaders (not trolls) from every corner of the globe can have a chance to sit down together outside the confines of today's archaic institutions in order to come up with solutions that will lead toward the "human evolution" of mankind.   See :: Can't Afford to Join The New Virtual Organization World Consortium? Here Is How ...  ::  All Roads Lead to Damascus:: Where All Dreams of a Better World Meet a Fateful End

Let Us Manifest!
on The New Virtual Organization World Consortium
and Circle of Intelligent Beings