A Global Debt Crisis of $217 Trillion Dollars:: The Solution Is Within YOUR Reach Now! 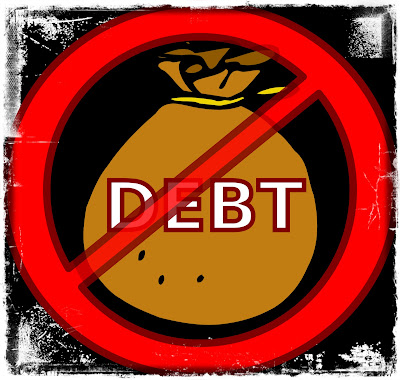 This is neither The Twilight Zone or an April Fools joke  nor are you in a dream.   Yes, you read the title of this article correctly!

I know you are wondering, how in the world can that be possible?   So, before you "get all in a tizzy" or "get your nose all out of joint," I need you to calm down a bit and pay serious attention to the information I am about to disclose since I am already aware that,  although we are all currently living in a very archaic, primitive and barbaric world full of savages and you do not yet possess the intellectual maturity to understand how that is possible, you do however possess the intelligence to absorb and process the information and eventually make sense of it.   (Just to be clear, if you are a human being anywhere on this planet, YES, I am calling you a primitive and barbaric savage. You can now stop reading this article if you feel offended.)

For example, an Artificial Intelligence Machine (a Superintelligent Supercomputer) can perform calculations beyond our own imagination and accomplish feats normally relegated to the domain of the gods.   However, that being said, you must first feed it with the relevant information it needs to process and perform.  In which case, it possesses the intelligence but not yet the intellectual maturity to process, understand and arrive at a particular outcome.

Alright, enough said and let's get to the nitty-gritty.

As we speak, this very minute and second and if you already possessed the intellectual maturity, you would understand the following:

In a civilized world, humans have NO NEED for a financial system based on debt :::: Instead, the purpose of a financial system is to assign a value to human ingenuity and to reward performance.  In other words, if a person is extremely intelligent :: which is the case for every single human being on this planet unless certain human actions result in the birth-or development-of a human being afflicted with a "brain disease which affects the normal functioning of the brain" -  however, Mother Nature herself, The Creator, does NOT make mistakes :: but such person prefers to just sit back under a coconut tree, drink some delicious Barbancourt rum all day long, eat some delicious food prepared by others, and just fart around for the rest of the day - while everybody else is out there working their butts off and putting their amazing brain and ingenuity to work - then there must be a way to address this form of regressive, inequitable, abusive and exploitative behavior. Hence the reason for a financial system.

In a civilized world,  a financial system cannot be used as a tool to determine who can work, what sort of work they can do,  who they can work with, how long they can work, what they can achieve, and the quantity, level and quality of resources they can have at their disposal in order to put their human ingenuity to work and accomplish amazing and otherworldly feats :::: Instead the financial system is used to encourage and incentivize everyone to use their human ingenuity in order to achieve their highest potential because a civilized society cannot afford to leave anyone behind and clearly understands this very simple principle: "technological superiority is the essence of godliness."   (Just in case you were wondering, godliness has nothing to do with religion or exceptionalism.)

Why is that, you might say?   Again, it's very simple:  For every single person that you leave behind, the farther a civilized society falls behind and the longer it takes for it to achieve that technological superiority (and get closer to godliness).

Again it is for the same reason I have previously elucidated:  The more quality education we receive (not the bogus, bullshit, distorted and withheld information, and outright lies currently imparted across the globe), the more knowledge we are inclined to thirst for and accumulate, and the faster a civilized society can get closer to achieving that technological superiority (and get closer to godliness).

In a civilized world,  a financial system cannot be used  as a tool for financial speculation and manipulation of the global economic system, to gain hegemony or control over the development of other nations in whatever domain or sphere (e.g., military, economic, social, political, etc.) or to impose crippling sanctions on them :::: Instead the financial system is used to encourage and promote, first and foremost, a nation's  financial and economic stability :: a diversity of ideas and solutions to complex problems and unique challenges faced by all stakeholders in individual nations :: and a collaborative environment designed to ensure the betterment and prosperity of ALL nations.

Just in case you're dying to ask the question, "What's wrong with today's so-called highly sophisticated and most advanced global financial system?" Here is my answer, in a nutshell: prehistoric and pure trash - nothing but a children's game. If you currently hold a Ph.D. in Economics, congratulations on your achievement. However, that being said, in a civilized world, regrettably, a Ph.D. in Economics is not even worth the value of toilet paper.

In a civilized world,  a financial system cannot be used  as a tool for governments to monitor or control the conduct, behavior and activities of its nationals and businesses operating on their own soil or anywhere else in the world.   Nor can it be used as a means for generating revenues from their citizens and businesses or to view and monitor their assets and violate their privacy.  Nor can it be used as a means for implementing public policy, government dictates and directives, and law enforcement activities.  Nor can it be used to deprive, seize or withhold from individual citizens, businesses, or any other institutions operating on their soil or anywhere else in the world,  any of their financial and other economic assets through actions related to any of the following: prosecution or threat thereof; imposition of fines; unilateral, international or administrative sanctions; administrative or court-sanctioned judgments, asset forfeiture laws, or any other related detrimental actions :::: Instead the financial system (NOT a Constitution) is used to promote and ensure FREEDOM FROM TYRANNY::  the  freedom and equality of all citizens, businesses, institutions and government - and that each citizen,  business or any other institution operating on their soil has as much right as the government and that NO GOVERNMENT can have a monopoly on the use of any sort of intrusive FINANCIAL mandates and  activities or any other form of coercion in order to regulate the financial actions of its citizens and institutions anywhere in the world.

Since you currently lack the intellectual maturity to understand how that can be possible, NOW or at any other time throughout not only your lifetime but also that of thousands of future generations, all I can tell you right now is that we'll have to redefine the purpose and function of government as well as introduce timeless and irreversible mechanisms designed to enshrine and ensure in practice the equality and rights of government, all citizens and their institutions.  (The hell with a meaningless piece of paper or Constitution which can be amended, revised, superseded, circumvented, interpreted in an infinite number of ways, or even abolished by a bunch of easily manipulated cowards, unprincipled leaders, and corrupt, primitive, tyrannical and barbaric savages.)

The Best Part of It All 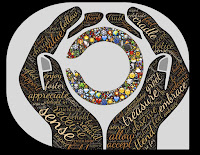 But the best part of it all is that, once a government, its citizens and businesses and other institutions become privy to the details about life in a civilized world, They Will ALL Have No Other Choice But to Embrace It With Open Arms!

Why is that, you might say?  It's because the "civilized world" financial system ensures that no single party comes out a loser and rewards ALL stakeholders beyond their wildest dreams.

The Solution You've Been Waiting For

Answers to Your Questions

As to "How do we go about that?" you have already been exposed to the basic philosophy and underlying concept.  The New Virtual Organization World Consortium provides to all its members who wish to participate in this specific global project, a very basic blueprint for the development of the aforementioned "timeless" and "irreversible" mechanisms which must be put in place in order to enshrine and ensure in practice such "civilized world" financial system.   ALL Debt will be wiped out instantly and forever be banished into the annals of history.   There is a tremendous amount of work to be done and effort to spend, therefore, don't expect to just waltz in, grab and run.

Although I am there to provide the spiritual guidance and philosophical direction (nothing to do with religion) in order to make sure that all parties are proceeding in the right direction, your nation or organization will still be required to do 99% of the major lifting in order to get things off the ground.

As to "How long would it take mankind to develop such "civilized world" financial system?" it's really up to all the members of the consortium who are working on this specific project.   There are also many dimensions to this project.

Country Dimension.  Each country can design and develop their own version of a "civilized world" financial system taking into consideration their current clout in the existing global financial system.   The lower their clout, the longer it will take them to develop a practical system which does not generate blow-back of tsunamic proportions from the (primitive and barbaric savages) powers-that-be.

Local Incremental Dimension.   As well, this new financial system can be gradually implemented by such country on either a city, county, state or province, or particular region of the country-basis.

Dual Financial System Dimension.  Any country or association at the very top of the pecking order of the existing global financial system (United States, China, Russian Federation, European Union) can be part of a team involved in the design of a GLOBAL "civilized world" financial system  which does NOT care about any sort of blow-back from any of the other powers-that-be;  with the view that they maintain a dual financial system: 1) their existing financial system for the external world-at-large, and 2) their "civilized world" financial system for their own country or association; with the expectation that sooner or later, or gradually, as other countries begin to see with their own eyes the benefits of the new system, they will jump up and down with a great deal of enthusiasm and request to participate in the new system.

In which case, time is not necessarily of the essence, and a great deal of time must be spent to ensure that the implementation of this "civilized world" financial system is carried out in a thoughtful, practical and orderly fashion.

Pilot "City-State Enclave" Dimension.  Or individual countries can apply to implement VOMI's universal version in a pilot city-state enclave within their country  (an exclusive enclave of The New Virtual Organization World)  with an official status  similar to that of Vatican City or City of London; which is exclusively administered by the permanent members of The New Virtual Organization World Consortium.  In which case, such "civilized world" financial system  can be fully implemented within a 7-10 year period depending on a number of variables and other factors.

I look forward to your organization and government's participation and successful collaboration - and to a bright and civilized future for all of mankind.    Apply now for membership in The New Virtual Organization World Consortium.