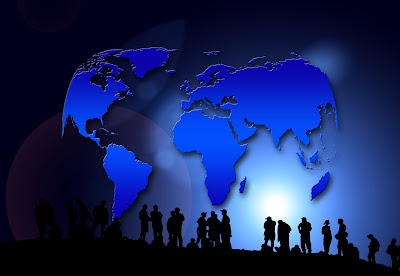 
Gary, you are awesome!   I've been promoting this digital nomadic lifestyle over the past 17 years.  When my wife first heard me talk about it, she looked at me with a "very concerned look," wondering what world or planet I was living on and what kind of fever I was afflicted with.  My then teenage kids even called me "the nutty professor."

On the other hand, when I placed career ads for virtual positions (between 1997-2000),  I was overwhelmed by the enthusiastic responses that I received from the best of the best and the cream of the crop from around the world.

However, that being said, as the recruitment process evolved, I realized that the response I had received really had more to do with "curiosity" and "excitement" at this new possibility instead of a "buy-in" into this new concept.    As these executives became more and more aware of the environment they were going to be in, our  "virtual organization"--not "virtual"--infrastructure,  and an introduction to the basic tenets of the virtual organization management discipline,  they became so frightened to the point where it seemed as if I was asking them to jump off the roof of a 100-story building.

One individual told me,  "Pierre, this sounds exciting and I know I can be a tremendous asset to this organization because this is the direction that the world is headed in, HOWEVER, I don't dare go tell my wife that I am going to quit my lucrative job with a Fortune 500 company so I can go to work for a "virtual organization" that you're just starting.  She will think that I am insane!"

Well, 14-17 years later, I still do have executives coming out of the woodwork, however, this time around, the buy-in is there.   My wife no longer thinks that I am living in another world or on another planet, and she no longer detects any signs of a strange fever.   And most of all, my kids no longer think I am a nutty professor.

Thanks to you at Odesk, Elance and many others,  I am now considered normal.

However, that being said, I may have spoken just a little bit too soon.   Why is that, you might ask?   Well, after having been stuck with the "not normal" label for all these years, I've come to learn to accept and enjoy it, to the point where I recently decided that it was time for me to tell the entire world "My Vision of The New Virtual Organization World."  A world that I've been so passionate about and championing over the past 17 years.      A world made up of, as you've very well put it, "digital nomads" and "Virtual Organizations" living in peaceful coexistence with the "brick and mortar" world.

Keep up the good work!