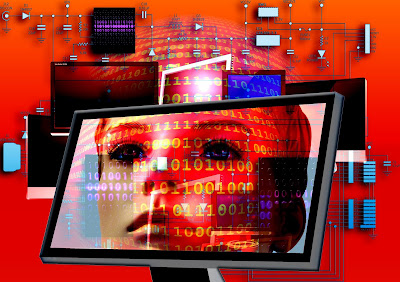 Time to Look Ahead

These are exciting times for social networks as the OpenSocial developer community continues to bloom and flourish. However, that being said, it's important to note that social networks are currently in the process of evolving to virtual organizations and, therefore, the focus of our veteran OpenSocial developers should be on the relevance of each application with respect to its usefulness, strategic importance, and vital contribution function in a virtual organization. I recently wrote an article titled "Evolution of Social Networks into Virtual Organizations" at ::  http://virtualorganizationinstitute.com/evolution-of-social-networks-into-virtual-organizations.pdf  :: which sheds a bit more light on that subject.

Does that mean we should stop developing those little cute and fancy widgets and gadgets that operate across other social networks? Not at all, what I am instead suggesting is that we include an additional layer of criterias in our thinking process as we begin to formulate the application development methodology. I know that some of you may say, "Why develop something that a vast majority of users will have no use for?" Well, a brief look at the history of the internet will tell you why and there are so many examples to choose from.

The Not So Distant Past

Let's select the evolution of the website as a good example:

Back in December 1993, when I started to build my first website which consisted of 2 words, "Hello World!", I thought to myself how every single company would one day embrace the internet and that just about everyone would one day have a website and be able to do business online and prosperity would spread around the globe. Obviously I was 90% correct in my assumptions, however, what I grossly miscalculated was the adoption rate and the demographics of the early adopters. Initially, I thought big business would be the early adopters since they have so much more capital AND human resources than us little peons; have all these Ivy League MBAs and Ph.D.s at their disposal and, therefore, so much smarter and knowledgeable than us regular folks. Instead, it turned out to be my kids and their friends, as well as millions of other kids throughout America and other parts of the world, followed by a slew of independent consultants, and small businesses -- all in that order -- who became the early adopters. It wasn't until 1997-1998 that mid-size and big businesses started to get on the web at a serious pace. Obviously, we all know what happened next and there is no need for anyone today to preach about the usefulness of a website to small-to-large businesses as well as to individuals and other organizations of all stripes and persuasions.

To fast forward to the present, my point is that you're seeing the same patterns all over again. Currently, social networks are all the rage and its initial adoption was fueled, in part, largely by kids all over the world. To digress a bit, we should all thank God for kids because they are so much smarter than we give them credit for and even though we eventually wind up following their lead. In any case, businesses--small to big--have begun to look differently at these social networks from a sales and marketing standpoint even though they are not all there yet. With respect to most businesses today, it's primarily an individual lone ranger effort by individuals within small-to-large organizations who take it upon themselves to employ this medium for business purposes. We really have to excuse these slow pokes. However, that being said, it's a good step in the right direction.

But the really good news is that this step is only the beginning of a process which will eventually lead to a full integration of social networks within their organization in a virtual environment. Therefore, these social networks will have no choice but to eventually evolve into virtual organizations since that is the only way you can maintain accountability.

In that regard, VOMI (Virtual Organization Management Institute) has instituted a VOMI Seal of Approval program for developers who would like to know whether or not their application meets the VO benchmarks we've set for not only OpenSocial applications but all other applications designed for use in a virtual environment. We will soon release additional information regarding the VOMI Seal of Approval program in order to provide you with some guidance and welcome your inquiries.

In conclusion, while you are having fun developing the latest gadgets and widgets, just keep in mind there are a lot of old guys and gals out there who are seriously looking at what you're doing and, as sure as I am that the sun will rise in the east and will set on the west, they will eventually wind up following your lead. Keep up the good work.