A Thank You Gift to Kerry Lynn Cassidy: $1 Per Year 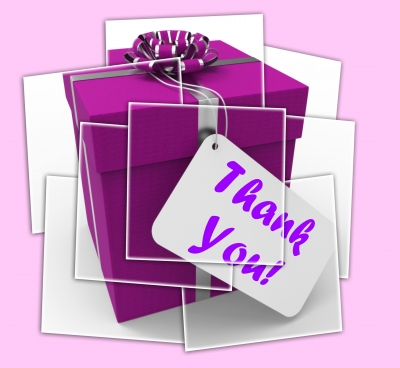 A Thank You Gift to Kerry Lynn Cassidy: $1 Per Year
by Pierre Coupet


Up until recently (in fact,  just a few months ago), I had never heard of Kerry Lynn Cassidy of Project Camelot.  I happened to come across her name by accident while I was conducting some research for an article I was writing which included a reference to interplanetary travel and a real possibility of coming across our interstellar cousins (extra-terrestrial beings) in the near to distant future.

Although I am somewhat ashamed and embarrassed to admit how gullible and clueless I was about that subject matter,  the most egregious and unforgivable part of it all is the fact that I had allowed my arrogance, relative stupidity and narrow-mindedness  to prevent me from gaining access to that information much, much sooner.

I say that with much humility only because plenty of information about aliens, antigravity, interplanetary travel, and government conspiracies has been available in the public domain - not just in the global mainstream media but also extensively covered in alternative media on the Internet.   I had always assumed that these people who were coming forward with these fantastical stories were either intellectually challenged, mentally deranged, a little bit mentally unbalanced, on the fringes of society with very little to do and a lot of free time on their hand, or just had a very vivid imagination as a result of watching too many science fiction movies.

After all, I reasoned that, if what these "conspiracy theorists and whistleblowers" were saying had any amount of credibility to it, then all these "reputable" newscasters and investigative reporters from the mainstream media would be jumping on this sort of information and revelation all over the world.    I would say to myself, "Pierre, if it sounds too good to be true, then it must be," and then go on about my business.  After all, this just did not make any sense:  humans living here side by side with aliens from another more advanced civilization.  As well, subconsciously and from a professional standpoint, I just couldn't imagine giving credence to this sort of information even if it were remotely true due to the ridicule and blow to my credibility I would have to endure in the event such revelations proved to be a hoax.

Moreover, over the past thirty years, I've had quite a number of colleagues, current and former high-ranking members of the intelligence and scientific community whom I hold in high esteem, who had confided in me that most of the stuff we see on television and in alternative media on the Internet regarding extra-terrestrial beings are real.

Of course, my very first instinct was to always wonder a bit about their sanity; and, in the event that they are indeed sane, whether they were checking me out by purposely providing me with "disinformation" -- for whatever reasons or motives -- in order to test my reaction to that bit of information.    My response would always be along the lines of "really, that is amazing," and then I would quickly change the subject.    Many of them had even invited me to join them at the annual MUFON convention which I would politely decline due to a "scheduling conflict."

To my defense, I must add that there were two core reasons for my ineptitude and indifference:   1) I totally overestimated the intelligence and good faith of our leaders and public officials, and 2) I grossly underestimated the level of corruption, idiocy, lunacy, cowardice, and criminality which plagues them.

After all, I surely thought that these leaders to whom we entrust the ability to determine the direction and fate of our civilization would, at the very least, have some modicum of intelligence and sense of fiduciary duty that would compel them to disclose this sort of information to the public after some quick deliberation instead of them treating us (the people whom they portend to represent) like a bunch of retarded and traumatized children or morons who are psychologically unable to absorb and digest such revelation.   What in the world makes them think that it’s alright for them to know and not us? Is it because they believe they are superior to the rest of the human race?

It is a clear case of the people "putting lunatics in charge of the asylum."   Although many of these leaders are supposedly graduates of leading universities worldwide, it is really hard--in fact, it boggles the mind--to even imagine that these individuals could have achieved more than a third grade education and haven't been raised in a zoo by fellow gorillas, orangutans, and chimpanzees.   What sort of rationale are they using to deny us this sort of information, especially in light of the fact that all the major powers are privy to this information?

But the most disturbing part of all is the extent to which they (the so-called stewards of our civilization) have gone about to silence and destroy -- and in hundreds, if not thousands, of cases, outright murder -- those decent, honorable, brave, and patriotic men and women of conscience who have taken it upon themselves to come forward and disclose to the public what our government and some of our business leaders have been up to over the past 80+ years.

Which brings me back to the reason why I wanted to thank Kerry.   After coming across her site, it looked very clean and conservative in comparison to some of these other "whistleblower sites" and thus I decided to watch one of her videos.    What I liked about Kerry is the caliber of the whistleblowers who have come forward, the manner in which she approaches them;  her thoughtful, respectful and tenacious method of inquiry which is designed to expose as much detailed information as possible to the viewer, and which leaves it up to the viewer to make up his/her own mind about  the veracity of the information provided; and her overall dedication to her craft.

After watching the first video, I became completely obsessed with such a fascinating subject and decided to completely open my mind and view as many other videos she had made over the years not only from her website but also on her YouTube channel.    As well, that paved the way for me to begin to visit a multitude of other sites which further expanded my horizon and caused me to begin to recall my previous experience and conversations with current and former colleagues, link all the dots, and watch unfold this amazing and awesome big picture.

Without exaggeration, I can truly and honestly say that, were it not for Kerry Lynn Cassidy, I would still be drowning in a sea of ignorance about this criminal conspiracy that is hidden from the majority of the human race.    I shudder the thought of crossing over to the next world without ever knowing that I was living side by side with extraterrestrial beings on our planet.

Therefore, I would like to express my sincere thanks and eternal gratitude to Kerry for the awesome work that she does and for putting her own life in danger.   But to me, it's not enough to just say thank you and then disregard or ignore the fact that, although the service that she is rendering to humanity is a labor of love, it's nonetheless a service that is time-consuming, requires a tremendous amount of personal sacrifice, as well as a certain level of personal financial commitment (money that comes out of her pockets) in order to keep getting out the message to all of us.

Having been in business for over 36 years, and seeing how she is struggling with a skeleton staff not just on our behalf but also on behalf of all of mankind, this is something I can relate to.   Therefore, I believe that the honorable or conscientious thing to do would be for each of us to, at the very least, give her a small thank you gift of $1 (once a year) so that she can continue her efforts.

Seeing that some of her videos have been viewed by millions of visitors, and many of them have been viewed by tens of thousand of visitors, this small annual gift could make a big difference to her.  (I don't really like to use the term "donation" and prefer to say "gift" for one reason:  the work she does on our behalf every day of every year is really "a gift" to mankind, therefore, I think it's only fitting that we also reciprocate with "a gift," however small or large.)

Considering the fact that I waste plenty of money on nearly a daily basis buying things that I don't really need, I (or anyone else) can easily set aside $1 per year to fulfill that pledge.   As well, most of us carry a bunch of change (coins and dollar bills) in suit pockets, our car, on kitchen tables, in desk drawers, cookie jars, and piggy banks that we never use or pay attention to.   We also receive a lot of discount coupons worth hundreds of dollars every year that we throw away and never use; therefore, next time you get a discount coupon from a merchant, before you throw it away, think of using it so you can send a small gift to Kerry for Project Camelot.   You may also have a lot of things of value that you normally throw away without giving it a second thought, perhaps you should instead consider selling them in order to make a small gift to Kerry.

This is just a little bit of food for thought!   Of course, if you can do more and at a greater interval, I assume she would appreciate that immensely.   Here is the donation link to Kerry’s website - Project Camelot.  And feel free to share this article with your friends and colleagues if you believe that will help.

Now here is a very important disclaimer:   Please note that, as of the date of this article, Kerry and I have never communicated with each other in any way, shape or form.  As well, please note that I have absolutely no intention of beginning to engage in any sort of business correspondence or activities with her either now or in the future and my purpose for writing this article speaks for itself.  Moreover, I hereby authorize Kerry to post this article on her own website if she so chooses.   (In other words, there is no quid pro quo attached to this article.)

Happy New Year to Kerry and all!