Virtual Organizations and Social Networks: The Importance of Communication Convergence 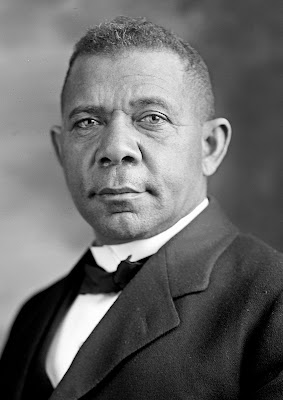 What is Communication Convergence?

And you might ask, "What do you mean by state of equilibrium?" In this particular case, a state of equilibrium exists when one is able, at their highest communication level, to communicate their thoughts in writing and in spoken words just as efficiently. It does not really matter what your proficiency level is with respect to either set of skills. What really matters is that, at the very least, your highest level of proficiency in one must at least equal the other. This state of equilibrium is not only extremely important to achieve, but also critical, in order to properly "communicate AND be understood" in a virtual organization or social network environment.

Mean What You Write and Say What You Mean

A colloquial definition of Communication Convergence is: Mean What You Write and Say What You Mean. This means that you should avoid the frequent use of: subtle signals and subliminal messages, psychological terms, negotiating postures, innuendos, and diplomatic, humorous, colorful and metaphorical terms; especially with individuals you are not accustomed to.

Why is that? That's because, when you first join a virtual organization, you are initially going to be judged primarily by what you write and what you say. Thus it's extremely important that you mean what you write, and say in spoken words what you mean, in a one-two punch combination in order to make sure that you're understood.

Therefore, if, on a A-F grading scale - with F being the lowest level of efficiency, you have a C level of written communication skills, with C being the highest grade of the two sets of skills, then you must strive, at the very least, to attain a C level of oral communication skills in order to properly communicate and be understood in a virtual organization or social network environment. The key words being: 1) to communicate, 2) at their highest level, and 3) be understood.

Importance of State of Equilibrium in a Virtual Environment vs Other Environments: Unit Cohesion

But why is that so important in a virtual organization or social network environment versus other environments?

So what do we mean by "more restrained and less intense form of interaction" and how does Communication Convergence solve that problem?

Well, as we all know, in a virtual setting we are, for the most part, deprived of the sort of visual and proximal stimuli in a brick and mortar environment that normally engage all our senses and which allow us to automatically match and incorporate sounds (or words) that we hear with everything else that we're actually seeing and feeling around us based on the sum total of our life experience. And, even under the best of circumstances, no amount of visual stimuli (e.g., video communication, etc.) in a virtual environment can fully replicate the experience that you have in a 100% brick and mortar environment. This, in turn, means that we have to learn to rely on other senses which had hitherto been dormant in order to make up for the lack of visual and proximal stimuli that we are accustomed to. However, that being said, that is not an automatic on/off switch that we have at our disposal when it comes to activating and developing these other senses. It does indeed take quite a bit of time in order to fully develop these dormant senses.

Therefore, in order to make up for this sort of sensory deprivation in a virtual environment, it becomes "critical" that we are able to clearly communicate in writing what we want to say. However, that being said, since no amount of written communication can fully convey anyone's thoughts and feelings and the full context in which they are expressed, it then becomes [imperative] that the information purveyor is instantly available and quickly able to articulate in spoken words the exact meaning of their written communication. Absent this state of equilibrium between Oral Communication Skills and Written Communication Skills, which we call "Communication Convergence," what we're left with is a severe communication crisis which always results in Virtual Chaos.

For example, imagine yourself in a 100% virtual organization writing a letter to John Doe, a newly appointed executive in a highly sensitive leadership position, regarding what you believe is a clear set of unambiguous directives and instructions which include asking John Doe to immediately contact you for "Oral" discussions upon review of the document.

However, upon receipt and review of your correspondence, John Doe feels differently about these directives and, instead of quickly contacting you for "Oral" discussions, as originally instructed, in order to obtain clarification of your message, he immediately sends you a "Written" reply based on his interpretation of, and/or his feelings about, your message. At which point, you quickly reply and reiterate your original request to John Doe to contact you immediately in order to schedule an "Oral" discussion, at which point you would have had an opportunity to clarify your original message.

However, John Doe -- a very collegial individual with a non confrontational personality -- happens to be very uncomfortable when it comes to engaging in "Oral" discussions, especially when it comes to matters of contention and/or disagreement with his superiors or authority figures, and instead freezes in time and space and continues to communicate in writing with the express purpose of avoiding a direct encounter. At which point it becomes very obvious that continuing with John Doe in his current virtual organization leadership capacity would be a disaster of Titanic proportions in the making.

Now I know what you're thinking, perhaps it was a mistake for you to hire John Doe in the first place without making sure that he did indeed have excellent oral communication skills, which could have easily been determined in advance - and which you knew, by all initial indications and from empirical evidence, that he was indeed lacking. However, that's a long and different story but, nonetheless, the short version of this example is still an excellent lesson to learn from.

So, to continue with our example, John Doe happens to be--and also considers himself--a great orator with excellent rhetorical skills, having been on the lecture circuit for quite a few years. But although John Doe is able to garner quite a few accolades for his "oratory" skills in front of a large audience - just as an entertainer is in his comfort zone when in front of a large audience and getting a standing ovation for his performance - John is indeed very reticent when it comes time to communicate "orally" on a one-on-one basis in what he perceives could perhaps be construed as being in a confrontational manner. As you can see, there is a huge difference between "oral communication skills" and "oratory skills", the subject of which falls outside the scope of this discussion.

Here is another vivid example:

Imagine yourself being contacted by the head of a private social network with respect to a request for your participation and urgent assistance and cooperation; and being showered with accolades, etc. Consequently, you join that private social network and begin to engage in extensive "written communication" with the head of the social network. As well, you begin to contribute your expertise in a number of ways. You eventually proceed to submit an invitation to this individual for an "oral" conversation and, lo and behold, you get absolutely no reply at all. You follow up with your request and still no reply.

Now, let's take the foregoing scenario, but this time with a different twist: You do get a reply, however, the person does not show up! Or the person either finds an excuse to postpone the meeting and never follow up with you; or just outright avoids the oral communication. What gives?

Well, there are many reasons for these sorts of behavior. They may have to do with language or cultural barriers, benign neglect and oversight, flawed personality traits, lack of professionalism, fraud, exploitation, attempted theft of intellectual property, corporate espionage, etc. However, that being said, regardless of the reasons, you are bound to face these situations on a very frequent basis in a social network environment.

The foregoing examples reflect the importance of Communication Convergence in a virtual organization or social network environment. As illustrated, regardless of our level of written communication skills, we will always need to reinforce these skills with, at a minimum, the same level of oral communication skills in order to make sure that we are fully understood or, at the very least, communicating with someone with the right intentions. And if we cannot be understood, then we might as well talk to each other in Greek and Chinese, with no one party being able to speak the other's language.

Therefore, in the absence of Communication Convergence, particularly with respect to a virtual organization, we will always wind up with Virtual Chaos. Because, at the end of the day, after all has been said and done, it's not really about what was said or written, and who was right or who was wrong, it's really all about whether or not we are able to effectively get our message across AND be understood - since we may never get a second chance to start all over again once the goodwill well has been poisoned.

"Communication convergence" sounds a little far off reality. People sometimes cannot be as equally good on writing as they are in speaking and vice versa.

Dont waste your time in writing stuff that is really difficult for you, visit bestessaywriting.org and take the advantage of our outstanding services that made essay writing very easy for you.